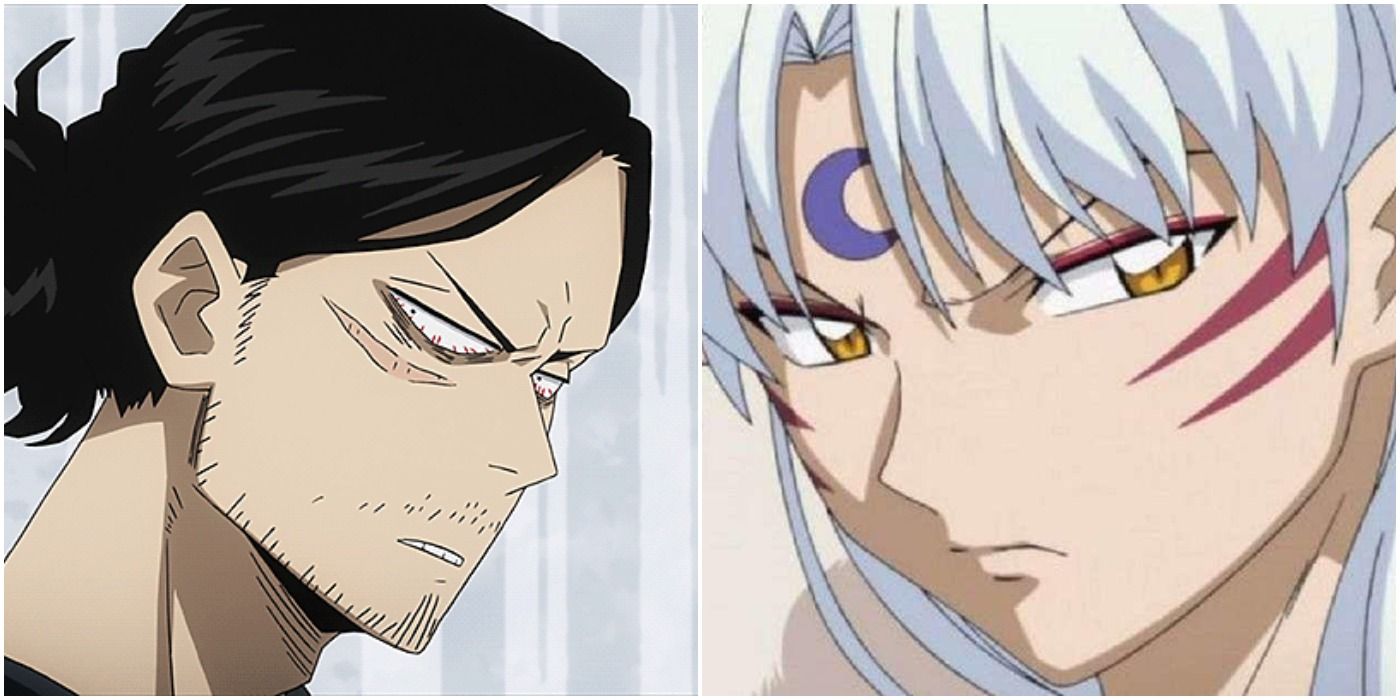 Naruto’s Jonin level ninja are highly respected and talented. While most anime characters wouldn’t make the cut, others are more than qualified.

Besides the Kage, jonin are the strongest shinobi in naruto. They take on the most dangerous missions and they’re often in charge of training the next generation of shinobi. Anyone strong enough to be a jonin level shinobi wears different hats. They are trained killers, but also diplomats and teachers.

RELATED: 10 Weakest Shiny Pokemon That Appeared In The Anime

Considering how strong most anime heroes are, it makes sense that a majority of them would rank as jonin. However, the leaders in charge of appointing these shinobi are incredibly selective. Being a jonin is not just about strength, but also intelligence. Few anime heroes maintain these qualities.

Aizawa is a strong hero who trains the next generation of heroes just as jonin level sensei train genin level ninja. He’s not as strong as All Might, but he is incredibly resourceful and intelligent. He overcomes his shortcomings with high-tech tools, and knows the best ways to utilize his Quirk. Aizawa is the Kakashi of My Hero Academia, and he’s the closest the series has gotten to having an actual ninja.

9 Urahara Is Not A Typical Jonin (Bleach)

Urahara doesn’t present himself as someone who’s particularly strong or intelligent but when things start to go south, he shouldn’t be messed with. He may act goofy but as a former Captain and the creator of the Soul Society’s research department, there is a mad scientist hidden behind his innocent smile. Urahara proves himself as one of the good guys and it’s because of him that Ichigo is strong enough to take on the Captains during the Rukia Rescue Arc. He’s not a traditional jonin, but he is certainly strong enough and smart enough to be one.

Colonel Mustang is an incredibly powerful, and ambitious man. Like many naruto characters who wish to lead their villages, Mustang aims to be the next Fuhrer. He can often come off as self-centered and shallow but considering how intelligent and manipulative he is, his surface traits are just a façade.

RELATED: 10 Shonen Anime That Focus Too Much On Comedy

His peers tend to discount his abilities, but he’s able to manipulate people into doing what he wants, which makes him the perfect spy. Most importantly he cares deeply for his comrades and country like any dedicated jonin would.

7 Sesshomaru Is An Honorable Man (Inuyasha)

Sesshomaru is stoic and overconfident, with good reason. He has abilities that most demons dream of possessing and because of that he tends to act like other people are beneath him. For most of the series, his strength alone makes him as strong as a jonin. In time however, he begins to care for the people around him and protect them. He’s not the average jonin who protects their village, but when it involves something important to him, Sesshomaru will defend it with honor and grace.

Like Aizawa, Nanami is the wise teacher type who prepares the next generation for protecting the world. He may seem like a pen pusher, but his abilities are unmatched. For many, he served as an exemplary Jujutsu Sorcerer due to his calm approach any situation. Itadori probably learned more about Jujutsu Sorcery from him than he ever would have learned from the overconfident Gojo. A man like Nanami acts rationally in any given situation, which is the type of mentality all jonin should have.

Rengoku is one of the first Hashira fans see in action. Although his stay is short, he proves himself to be a strong and honorable person. The eccentric man is hard to forget especially with his brightly colored hair and huge eyes. However, what really makes him stand out is his abilities as a flame Hashira.

It’s clear he embodies the beliefs of the Demon Slayer Corp and he charges forward without fear or regret. A man like Rengoku would make an excellent jonin. He may have died shortly after he was introduced, but that doesn’t mean he’ll ever be forgotten.

4 Yoruichi Is Strong Even Without Her Sword (Bleach)

Yoruichi Shihoin is the Soul Society’s version of a shinobi, which makes her an excellent candidate for jonin. She isn’t just the former Captain of the second squad, she is also the former leader of the Shihion clans’ elite stealth force. She doesn’t use a Zanpakuto, but that doesn’t make her any weaker than the other Captains. Not only is she one of the strongest, but she is also the fastest. When it comes to stealth, strength, and intelligence Yoruichi is the best jonin level character in the series.

Yukimaru is already a shinobi so there isn’t much more he needs to do to be considered a jonin. He can be impulsive but he’s also incredibly brave. He’ll jump into most situations when he comes to protecting his friends and he’ll even go to insane lengths to protect the people he holds most dear. He’s quiet and stoic but he’s also a good leader who knows when to put his foot down when the time comes. He still has things to learn about the world, but that doesn’t make him any less of a jonin.

2 Zoro Is A Kind Idiot (One Piece)

Anyone who’s been in a room with Zoro for a few minutes would be surprised to learn how intelligent and brave he is. Most of the time he comes off like a stubborn airhead but he can also be calm and strategic in the worst situations. Like many jonin he is incredibly loyal to his crew, but he also cares for complete strangers. Luffy is introduced to Zoro after enduring someone else’s punishment. Zoro continues to embody the honor and bravery of a jonin throughout the entire series.

As a man with a dark past, Kenshin represents the ideas of honor and regret. He’s not a naruto character, but he follows a lot of the same beliefs when it comes to redemption. As an experienced Swordsman who wants to change things for the better, he is the perfect person to teach those lessons to younger generations. His strength is an important part of his character, but he’s his knowledge that truly makes him an excellent jonin.

NEXT: 10 Anime Endings That Were Worth The Wait


Next
10 Most Pointless Anime Deaths Of All Time

YCT: the importance of experienced asset management before and after natural disasters

Dr. Kristine Brecht takes liposculpture for women to the next level