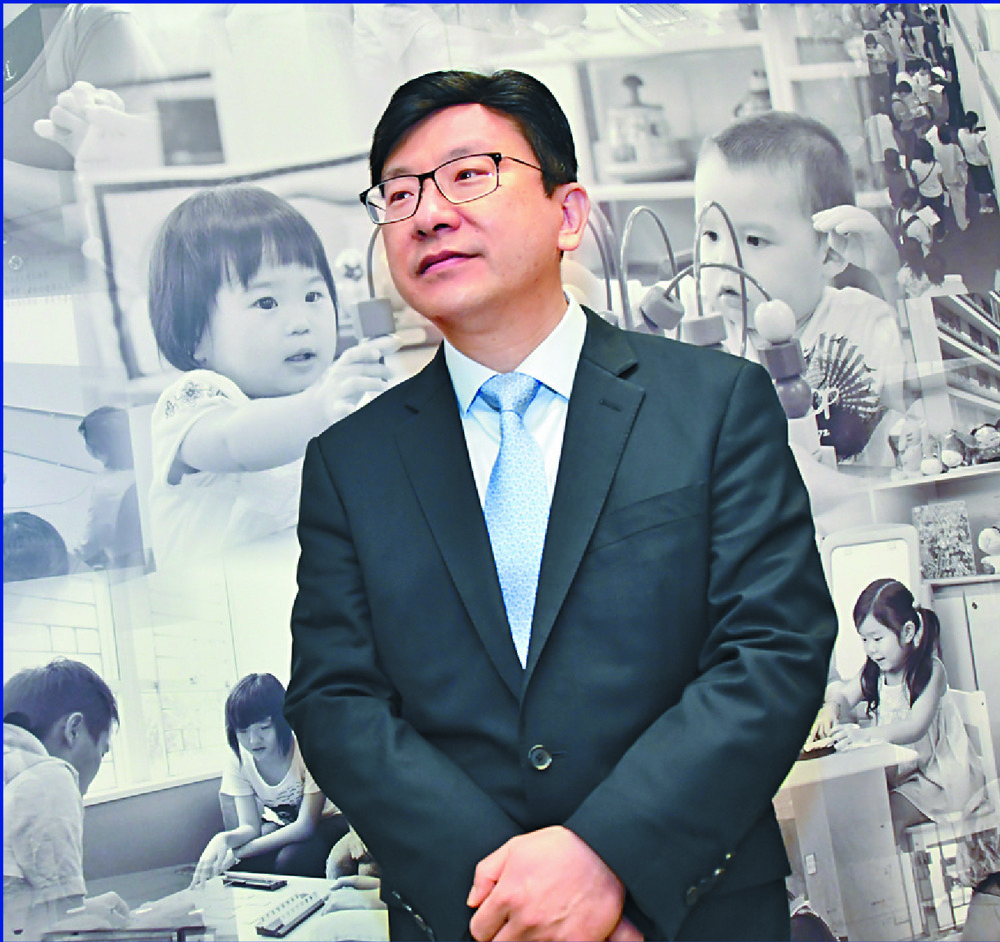 A bill on mandatory reporting of suspected cases of child abuse will go to the Legislative Council in November – a month ahead of schedule – Labor and Social Affairs Secretary Chris Sun Yuk-han has said.

The proposed law will require workers “in contact with children” – including teachers, social workers and doctors – to report suspected abuse to authorities. Those who fail to do so face up to three months in prison and a fine of HK$50,000.

Speaking before the Legislative Council’s panel on social services yesterday, Sun said the Bureau of Labor and Welfare completed consultation with industrial workers on the bill last month.

“Most child care workers are very diligent and professional. I think we have to recognize the efforts of most workers,” he said. “But if a small number of people cross the red line, we will not tolerate it.”

Responding to concerns that the proposed three-tier reporting mechanism could create confusion and loopholes, Sun said people are encouraged to promptly report any suspected child abuse, even if the level of harm is not is not serious, because the law aims to nip potential cases in the bud.

The mechanism stipulates that if serious abuse is suspected, reports should be made to the police or the Department of Social Welfare. The second and third levels encourage workers to report moderate cases and refer mild cases to non-governmental organizations.

Lawmakers have questioned the SWD’s report into the mass abuse scandal involving the Hong Kong Society for the Protection of Children’s Residential Home.

The report made 31 recommendations, including installing surveillance cameras in the city’s two children’s dormitories and stepping up random inspection of camera footage, which Sun says has been done.

It was during a random inspection that authorities discovered that two staff members of the other children’s dormitory – Po Leung Kuk’s baby section – allegedly abused toddlers by pushing them on play mats. .

Police arrested the two carers and the kuk set up an independent review board to follow up the case.

Sun said the kuk would submit a report within a month. But lawmakers fear that the measures proposed in the report cannot be enacted in the long term.

Roundtable lawmaker Michael Tien Puk-sun said: “Now that all Hong Kong people are looking into these child abuse cases, of course you will now. But after one, three or five years, it’s hard to tell. ‘get the manpower to watch all this video.’

People’s New Party lawmaker Eunice Yung Hoi-yan said the report did not include a timeline or punishment for industry workers who fail to carry out the recommendations.

Social welfare director Charmaine Lee said the Child Welfare Society’s contract had been reduced from indefinite to one year.