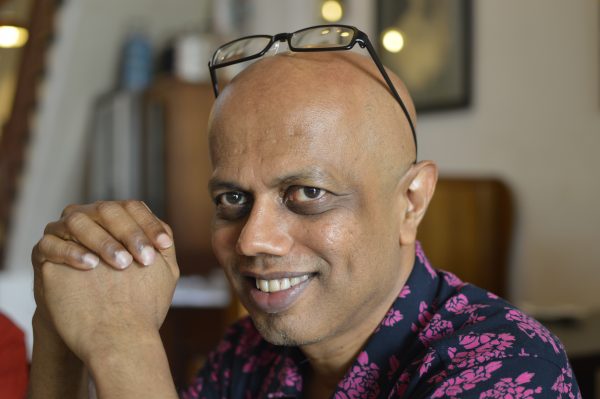 In recent days, concerns have been expressed about the high level of food imports and rising food prices. Many among the working class are struggling to make ends meet.


By Anil Netto
The world seems to have suddenly become even more turbulent and uncertain.

In recent days, concerns have been expressed about the high level of food imports and rising food prices. Many among the working class are struggling to make ends meet.

All the while, the corrupt and those who siphoned off the nation’s wealth still roam free.
Globally, sanctions against Russia have sparked rising food and fuel prices and worries about the future. Sri Lanka, which is bankrupt, and Myanmar, under oppressive military rule, offer lessons for all of us.

Given the many global challenges, some believe we are living in the ‘end times’, with the threat of world war and climate change adding to the anxiety.

Many ordinary people feel discouraged, and it is common to hear defeatist and alarmist rhetoric about where the nation is heading. If we are not careful, such talk – although not without foundation – could turn into a self-fulfilling prophecy.

Indeed, a book Why Nations Fail (Acemoglu and James Robinson, 2012) suggests that pluralistic and inclusive political and economic institutions have a vital role to play in any nation.

We must therefore be vigilant and ensure that institutions are not subverted to serve the interests of the rich and powerful.

Civil society groups, on the other hand, believe that we need to address people’s issues and concerns immediately.

Six civil society groups have drawn up a grassroots programme, which has been endorsed by around 50 NGOs to date.

The agenda, themed Reclaiming Our Nation – People First, Democracy Now, is based on five pillars or aspirations:

NGOs hope that this program can be used as a platform to rekindle hope to stem the slide of the nation.
In the Gospels, Jesus felt compassion when he saw what was happening around him – hunger and disease, unemployment and economic insecurity, evictions from farmland and growing debt. He was furious with greed and corruption, hypocrisy and complacency, and the concentration of wealth among the ruling elite.

Independent farmers were losing their land – and their food and economic security – to large estates owned by the elite. Even the fishermen struggled as they had to deal with fishing rights and tax collectors.

Peasants faced an array of taxes, tolls, and tariffs to raise funds for the corrupt elite’s lavish lifestyles, their mega-projects, and the Roman war machine.

Resistance and the spiritual search for alternatives took various forms: peasant uprisings led by fanatical “messiahs”, the withdrawal of the Essenes from urban life, and the masses turned to John the Baptist, then Jesus, for meaning. to their suffering.

The Temple at the time of Jesus served as the political, religious and economic center of the country. But that had disappointed the people.

Much to Jesus’ chagrin, his Father’s house had been turned into a “den of thieves.” It had become the seat of collaboration between the Roman occupiers, the religious leaders and the economic elite – all of whom profited greatly from this comfortable arrangement.

This extractive and exploitative economic system siphoned wealth from the countryside to greedy and corrupt elites in central Jerusalem and then to the seat of the Empire in Rome.

At the bottom of the pyramid were the peasants, the dispossessed, the ritual “unclean”, the “undesirables” and the destitute. Think of prostitutes, tax collectors, the mentally ill and leprosy.

Jesus’ message was not just a narrow ‘religious’ message. He came to show us a whole new way of life – based on love, compassion, inclusiveness, solidarity and brotherhood. He broke social, religious and economic barriers in his new kingdom.

It must have been such a threat to the existing order that they all converged and conspired to remove the threat it posed to their interests.

Today, our fixation on the material world often blinds us to the spiritual and even cosmic dimension of the Spirit that Jesus left us.

Some may pin their hopes on new leaders who will emerge as political “saviors”. But the reality is that we first have to change ourselves and decide if we want to be part of the problem, the decaying old world – or part of the solution, the realm of justice, compassion and inclusion.

We cannot do it by ourselves. We must tap into a higher level of consciousness and seek the help of Spirit to transform the world. This is something to think about as we prepare for Pentecost.

— Anil Netto is a freelance writer and activist based in Penang. He believes that we are all called to build the kingdom of God in this world.

“Safeguarding the rule of law is essential to maintaining order”