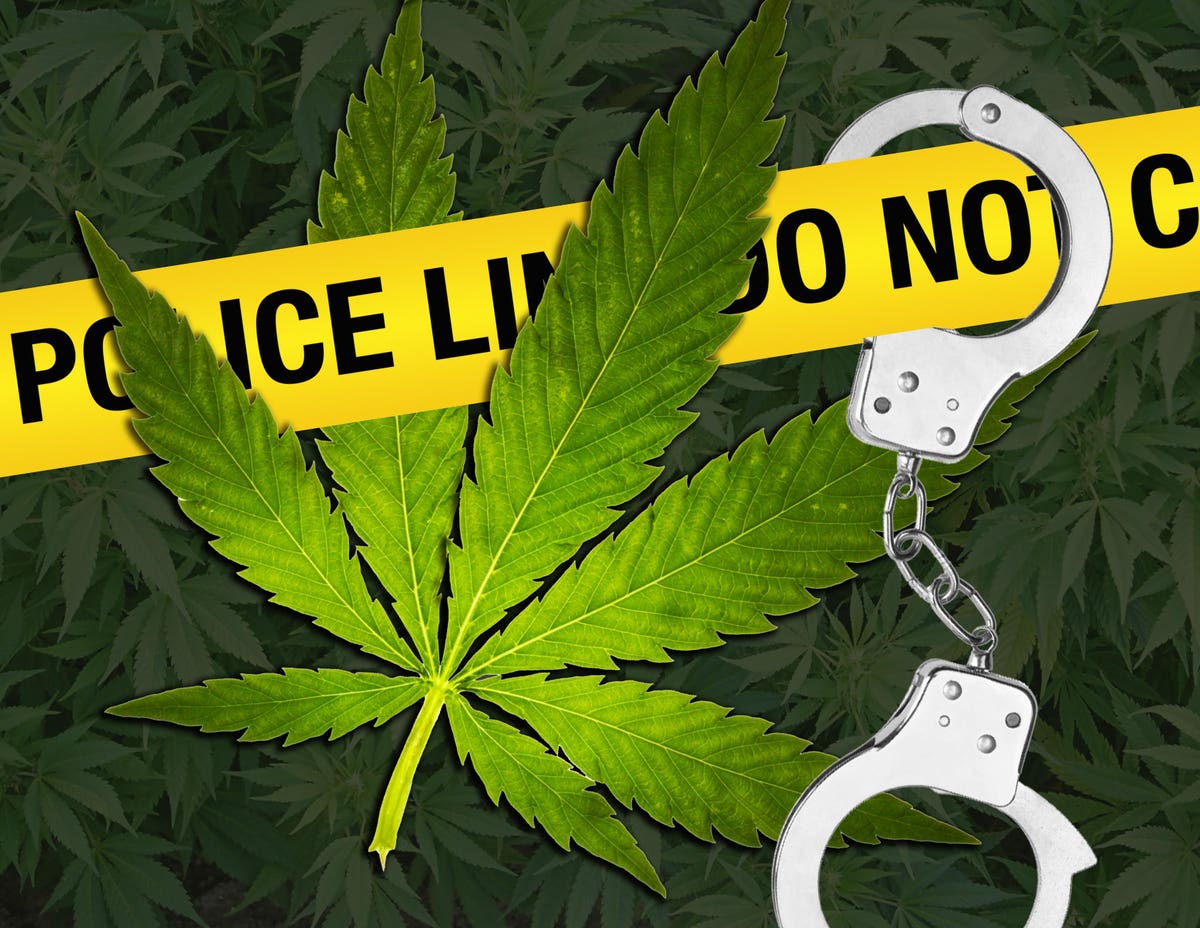 An investigation into a small-town police force’s use of fines and civil forfeitures found that cops in Brookside, Alabama, took marijuana prohibition to a new level, with multiple charges filed for possession of low-grade marijuana. The tactics, defense attorneys say, are “unprecedented.”

The investigation published by Al.com earlier this month uncovered allegations that Brookside police routinely stopped motorists on specious and even trumped-up charges, leading to increased fines and forfeitures civilians who fill the coffers of the city. Motorist Ramon Perez said he was ticketed for running a stop sign, even though he saw the police cruiser and looked the officer in the eye as he brought his vehicle to a complete stop . Another driver received a ticket for driving two miles per hour over the speed limit, according to Slate.

Sandra Jo Harris has alleged in a lawsuit that she ended up in jail following a police officer’s claim that she flashed her car’s headlights to warn approaching drivers of a possible speed camera , a claim she denies. Police charged the 52-year-old grandmother with resisting arrest and ‘nuisance by throwing lights from a motor vehicle onto property at night’, a charge which was later dropped.

Motorists who tried to challenge tickets they believed to be unfounded were met by queues at the door on the day the municipal court was in session monthly. Those who complained on Facebook about the treatment they received from Brookside officers have been rearrested and threatened with retaliation, Al.com’s investigation found.

Many traffic stops made outside the city limits

Many motorists who claim they received an unfair ticket were taking Interstate 22, 1.5 miles of which runs through Brookside, a town of just 1,253 people. But many say they were not within the city limits and its six-mile drive when they were stopped by Brookside police, a claim confirmed by Jefferson County Sheriff Mark Pettway.

“We get calls pretty regularly about Brookside because they’re really going out of their jurisdiction to arrest people,” Pettway said. “Most of the time people get arrested, they’re going to get a ticket. And they say they were nowhere near Brookside.

The enhanced enforcement along Interstate 22 was reportedly initiated by former police chief Mike Jones, who was hired in 2018 and was the force’s only full-time officer at the time. By summer 2021, Jones had hired eight additional officers and several who worked part-time, he revealed in a deposition.

Jones responded to accusations that his officers were writing tickets for alleged violations outside his department’s jurisdiction in an email to Michelle Jones, who was facing a ticket in 2019 for running a stop sign on Interstate 22 from Brookside. She denied the charge and filed a complaint with the Alabama Attorney General’s office.

Prior to the hiring drive, a full-time officer and several part-time Brookside employees patrolled the city and its stretch of Interstate 22, writing fines worth about $82,467. But fines and forfeitures doubled between 2018 and 2019, and in 2020 totaled $610,000, which represents 49% of Brookside’s total revenue.

Carla Crowder, director of the Alabama Appleseed Center for Law & Justice, a nonprofit focused on justice and equity, called the situation at Brookside “shocking.”

“No one can objectively look at this and conclude that it’s good government protecting us,” she said.

Crowder also said debt can sometimes lead people to turn to illegal activities, adding that “it can be argued that this kind of policing creates crime.”

Between 2018 and 2020, the city’s total revenue jumped from $582,000 to over $1.2 million, as fines and forfeitures at Brookside jumped 640%. Jones, apparently, saw the strengthened enforcement as a benefit to the city, saying he would like to see even more growth through fines and forfeitures.

“I see a 600% increase – it’s a failure. If you had more officers and more productivity, you would have more,” Jones said. “I think it could be more.”

But he insists revenue generation is not the reason for the increased enforcement and that the police department’s goal is simply to help people.

“It’s not about making a dollar,” Jones said.

After officers stopped a motorist along Interstate 22, they used the pretense of real or fabricated traffic violations to search for other violations, the months-long investigation by Al.com. Long-handed fruit for cops keen to take someone to jail, low-level charges for marijuana-related offenses also came into play in some of the traffic stops uncovered by the investigation. And by stacking the offenses in a way never seen before by defense attorneys in the area, Brookside police have maximized the charges against defendants, putting them at risk of paying higher fines or spending more time behind bars.

Attorney Martin Weinberg said his client, Thomas Hall, was pulled over by Brookside police for speeding when officers discovered a small amount of marijuana. But police were apparently unhappy with the misdemeanor marijuana possession charge they filed. Hall also faced five counts of possession of drug paraphernalia for rolling papers, cigar leaves, the plastic bag containing marijuana, a small jar that “could have contained marijuana” and a tray that “could have” been used to roll a cutout.

Bill Dawson, an attorney representing several clients with business in Brookside, said the defendants caught with a joint face two charges, one for possession of marijuana and the other for possession of drug paraphernalia, for rolling papers containing grass.

“I’ve never seen a split possession case like this,” Dawson said. “This is unheard of.”

“We are no safer because of this,” she added.

The fines imposed for all questionable traffic violations and marijuana charges can have a devastating financial cost to those involved. And those who choose to fight face thousands of dollars in appeal costs.

“My understanding is that a guy can get out and I mean, he can fall into a black hole,” Jefferson County District Attorney Danny Carr said of the financial mess some drivers are facing. “You know, we had a lot of issues with Brookside.”

Jones resigned after the Al.com investigation became public and is understandably unemployed. Brookside faces at least five lawsuits over allegations of police impropriety, including officers fabricating charges and using racist language in their encounters with the public. But the situation also illustrates the cudgel that police continue to create from marijuana ban laws. It is a weapon that is too often wielded with bias, with the poor and communities of color bearing the brunt.

The racial disparity in cannabis-related arrests in the United States has been well-documented for decades, despite research consistently showing that different racial groups use marijuana at a similar rate. In a 2020 report by the American Civil Liberties Union, researchers noted that arrests for marijuana possession have fallen by 18% since 2010, a drop largely fueled by the legalization of cannabis in several states. But police still made six million such arrests between 2010 and 2018, and black people were more likely to be arrested for marijuana possession than white people in all 50 states, including those that legalized marijuana. marijuana.

“On average, a black person is 3.64 times more likely to be arrested for possession of marijuana than a white person, even though blacks and whites use marijuana at similar rates,” the ACLU wrote. in his report. “Just as before, such racial disparities in marijuana possession arrests exist across the country, in every state, in counties large and small, urban and rural, rich and poor, and with large and small black populations. “

As long as we continue to make marijuana a crime in the United States, the police who are so prone will have an easy way to harass and persecute people, often at a cost far beyond what the offense ostensibly represents for our communities. We cannot be a truly free society until we legalize cannabis nationwide. It is now.