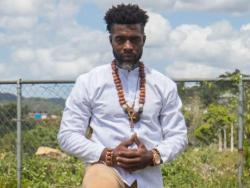 The lawyer for Accompong Maroon chief Richard Currie disputes remarks made by the head of the Firearm Licensing Authority (FLA) about the status of his client’s firearms licenses.

According to him, Currie received two firearms licenses which have now expired.

He also said Currie did not renew his licenses and the matter was referred to the police.

Attorney Valerie Neita-Robertson described the release of Currie’s information into the public domain as irresponsible and grossly unprofessional and exposed her client to danger.

“Any issue involving a gun owner should not be in the public space for obvious reasons. Mr. Dalling talked about his safety but totally ignored the safety of Chief Currie,” she said. accused.

“We wish to declare that our client is a respectable citizen of Jamaica and the head of a distinct society within Jamaica known as the Maroons. We further wish to declare that at no time will the Firearm Licensing Authority (FLA ) contacted or spoke to our client regarding the matter or any other matter nor was there any notification (to return his firearm) as required by law. for anyone to declare that their firearm was ‘returned’ because it was not,” she continued.

Neita-Robertson argued that no Jamaican whose non-renewal of a firearms license on time has been announced to the general public, saying releasing such information is against policy. of the FLA regarding privacy and security.

“We are also of the opinion that our client is being treated unfairly, as the usual practice at the FLA is to notify the licensee if there is a lack of time for renewal and to facilitate this renewal. In recent times, a waiver has been granted by the Firearm Licensing Authority (FLA) in the event of non-renewal at the stated time due to curfew and COVID restrictions.

“As a result, penalties that were typically paid for late renewal have been declared waived by the FLA.”

The lawyer expressed the hope that her client will not be targeted, as every effort will be made to ensure that his constitutional rights are respected and protected.

OPINION: Dismantle the standard of beauty