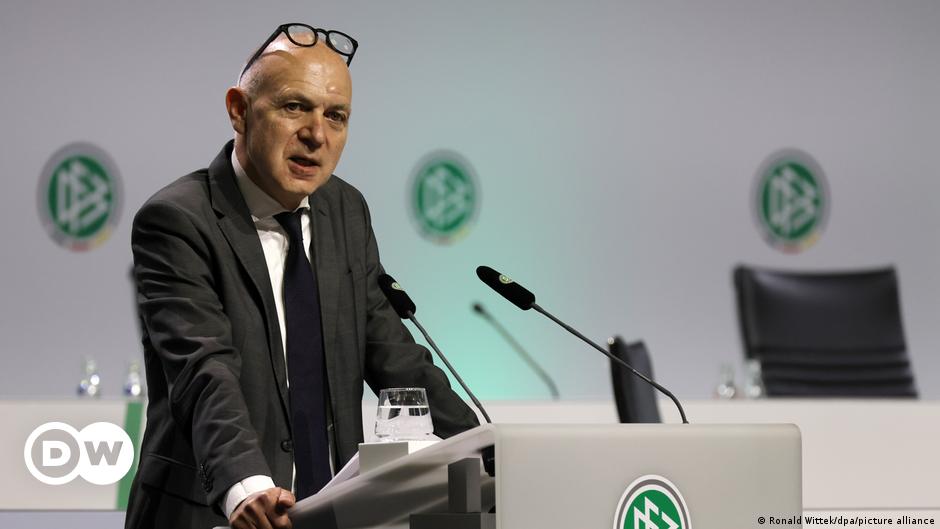 After turbulent years and a few failed new starts, the German Football Association (DFB) is hoping for a less bumpy ride under new chairman Bernd Neuendorf.

After winning Friday’s elections in Bonn with 193 out of 250 votes, the 60-year-old spoke of the time for “cultural change and renewal” and for football to “assume its societal and political responsibilities again “.

A former journalist, Rhineland civil servant and chairman of the local MittelrheinFA in western Germany, Neuendorf has a long list of things to do, including repairing an image tarnished by corruption allegations, improving the DFB’s connection to the game amateur and increase diversity in leadership positions. .

The need for more action to accompany all the talk around positive change is great though, especially around women and diversity. On Friday, the DFB elected three new women to its board, which now has four in total, with Donata Hopfen, the new chief executive of the German Football League Association (DFL), retaining her post.

Celia Sasic, a former German striker, has taken on the new post of Vice President for Diversity and Equality. Sabine Mammitzsch replaced the legendary Hannelore Ratzeburg as vice president of women’s and women’s football. Dr Silke Sinning, a former player and coach who has been involved in the governance of women’s football in southern Germany, has won a surprise victory over interim president Rainer Koch.

The new appointments represent a significant change for the DFB, but only time will tell if this is the defining moment he feels today.

Sasic’s new role in the lead

Sasic, who won two Euros with Germany and won the 2015 Champions League with FFC Frankfurt, started working as an integration ambassador for the DFB during her playing career in 2010.

Her appointment to a new position as head of diversity is an open acknowledgment that this work requires greater focus – in the past, Ratzeburg was vice-president of both diversity and women’s football – and that the largest association sport in the world must finally take steps to represent everyone. in his country.

“I want to be part of the change,” Sasic said at a press conference on Friday. “I myself have been able to experience the power of football firsthand, and I want to continue to use this power for society. We must strengthen the common good and strengthen the great issues of this time such as the common good, the sustainability and diversity.”

This is part of the change that new DFB President Neuendorf wants, and he stressed again on Friday that it is high time the DFB starts catching up with other organizations on equality and diversity.

“We’ve become younger. We’ve become more feminine. Those are all very important signals,” Neuendorf said Friday. “And that makes me proud and allows me to look to the future with confidence and a lot of fun.”

His words were positive and the appointment of the former German striker to the world’s biggest sporting association is a promising step, but it remains a concern that in the DFB’s 122 years Sasic is just one of the five women to have ever been on the DFB card.

Furthermore, it is striking that female candidates felt that they could not compete for the top job because victory was virtually impossible. As Katja Kraus of the women’s initiative Fussball kann mehr (Football can do more) recently told DW in an interview: “There was no desire to be open to a democratic process, to welcome candidates, male candidates and teams with different approaches.” 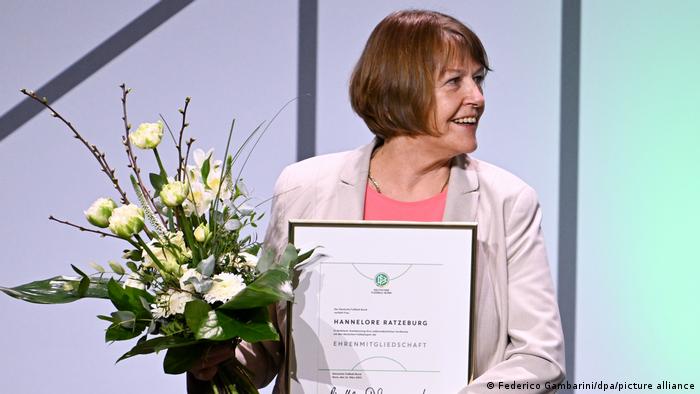 Hannelore Ratzeburg, who received a fitting start and was made an honorary member after spending decades developing women’s football in Germany, even joked in her farewell speech that there was still a lot of work to do.

“Forty-five years in the DFB is a long time,” Ratzeburg said. “It hasn’t always been easy, but I’ve always enjoyed it. Football is about movement and not just on the pitch but also in the presidium.”

Sasic’s arrival is a start, but as Thomas Weikert, head of the German Olympic committee, said, it has to be the start, not just a moment.

“We need to do more to break down barriers for women in sport,” Weikert said from the podium in Bonn. “Sport is a mirror of society. Under-representation in politics and society is present. Let sport set a good example.”

The hope is that eventually the DFB and this new board under Neuendorf will bring about tangible change.