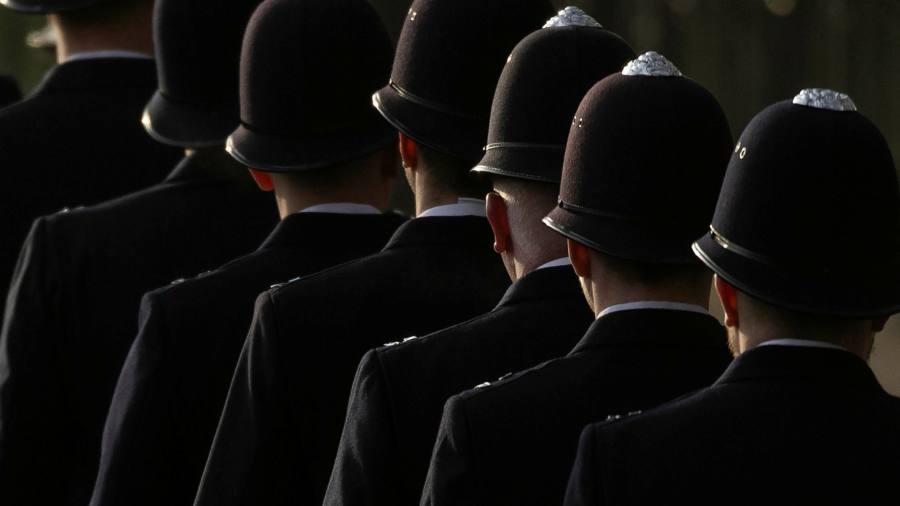 The comforting euphemism that the British police are there to “keep the peace” masks a harsher reality: that their primary role is to maintain the state’s monopoly on the use of force. We ask our police to use force to keep the rest of us safe. It can be risky and unpleasant work, made more difficult by a drop of 20,000 police (slowly toppling over); and having to deal with many seriously mentally ill people.

Those on the front line, arresting a dangerous suspect, in riot gear facing a hostile crowd, or patrolling on foot, are mostly young (18 is the minimum age). They also enjoy an unparalleled degree of autonomy in most areas of life. Do they intervene in a given situation? Do they give a warning or do they make an arrest? (How would you decide when to shoot?)

Every decision is a decision for which the individual agent is legally responsible. How they react will depend on their own character, training, immediate supervisors and peer group, in addition to the most powerful but elusive of influences, the culture in which they work.

This is where things went wrong for parts of the Metropolitan Police – different squads, even different teams in the same station. I have long been struck by the astonishing variation in the performance of otherwise similar local institutions – schools, prisons and police stations. This is usually due to differences in local culture.

That was the main finding of the Independent Office of Police Conduct (IOPC) on the appalling conduct of officers at Charing Cross Police Station in London, in its report this week. This included texting a co-worker to say “I would gladly rape you” amid a litany of racist, homophonic and misogynistic comments.

This is on top of the truly gruesome murder of Sarah Everard at the hands of a Met police officer named Wayne Couzens. The IOPC now reports that nearly 60% of all its corruption investigations involve abuse of position for sexual purposes. Occasions of crooks and officers changing large wads of cash are rare these days, but the abuse of power highlighted by the report is terrible. It cannot be excused by complacently suggesting that these are just “a few bad apples”. Systemic monetary corruption was only reduced when the stakes for bent officers became too high. The same must happen now.

The IOPC Fund acknowledges that the Met is taking action, including the review by Baroness Louise Casey, which is likely to get to the bottom of the force’s cultural issues, if anyone can. But, they say, “more is needed.”

A culture change must be led from the top but pushed all the way down – as I saw during the implementation of the Lawrence report. This requires constant attention at all levels in the face of bullying and groupthink, better protection of whistleblowers, and the analysis of as much granular data as possible. (This is how failing schools are identified).

Policing in a democracy is one of the toughest jobs. It has now, understandably, become more difficult, with the audio and video recording of interviews with suspects, CCTV everywhere, and a much more powerful system of inspection and investigation of complaints. Meanwhile, society has become more polarized, with social media amplifying the difference.

Despite current impressions, the quality of officers, their diversity and general behavior have improved considerably since the days when the Home Office, parliament and the media turned a blind eye to police failings. Only 25 years ago, a very high-ranking officer told me that “there is such a thing as the corruption of noble forces” – an incredible idea, in my book.

Police officers are often in a situation where they are damned if they do, damned if they don’t. In 1999, the Met (and I, as a police authority) came under fire for allegedly ‘soft’ policing of a protest. For the repeat of the demonstration eleven months later, the police were much tougher, (with my approval), “stunning” the main disbelievers. We got beat up for that too.

Similarly, Met Commissioner Cressida Dick was heavily criticized when her force initially refused to investigate the No 10 party rumors and then again when, with clear evidence, the force decided to investigate. Readers should know that I have witnessed Dick’s work since the mid 90’s and have a high regard for her. In the current climate, even Archangel Gabriel would not escape criticism.

Sixty years have passed since the last Royal Commission on Policing, which led to the current 43 forces in England and Wales. There is room for some of the smaller forces to be merged, and there could be calls for another royal commission, which could tackle what lies behind declining public support for the police.

But both would take years and be diversions from the key, more difficult and urgent task of leadership at all levels – changing local cultures so that another Charing Cross, or another Couzens, would not go unnoticed.

FG is committed to lifting poor and vulnerable Nigerians out of the poverty line, says Buhari