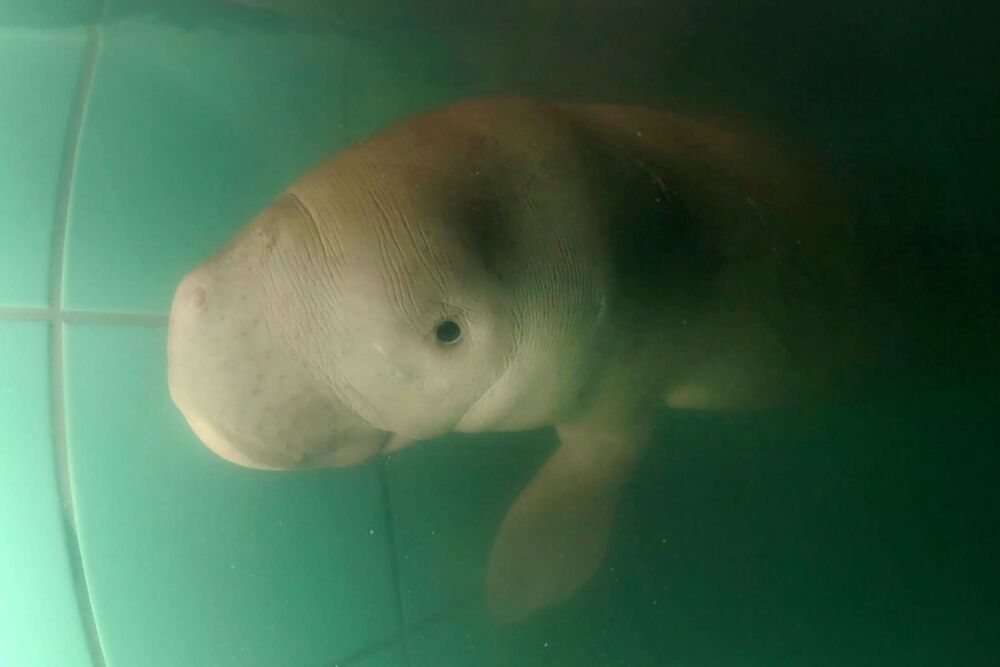 The dugong, a gentle marine mammal that has frequented China’s southern waters for hundreds of years, has virtually disappeared from the country, according to a new study released Wednesday.

Research by the Zoological Society of London (ZSL) and the Chinese Academy of Sciences indicated that fishing, ship strikes and human-caused habitat loss have seen the number of dugongs in the waters Chinese decline rapidly from the 1970s.

With no evidence of their presence in China since 2008, research shows that “this is the first functional extinction of a large mammal in Chinese coastal waters,” the report said.

The dugong, whose diet relies heavily on sea grasses, has been listed as a Grade 1 National Key Protected Animal since 1988 by China’s State Council.

Their marine habitats have been rapidly degraded by humans and although restoration and recovery efforts are a key priority in China, “restoration takes time that dugongs may not have,” the report says.

Found in coastal waters from East Africa to Vanuatu, and as far north as Japan, they are listed as vulnerable by the International Union for Conservation of Nature.

Professor Samuel Turvey of ZSL’s Institute of Zoology, co-author of the study, said the likely disappearance of dugongs in China was a devastating loss.

“Their absence will not only have a ripple effect on ecosystem function, but will also serve as a wake-up call – a sobering reminder that extinctions can occur before effective conservation actions are developed. .”

The study was carried out by a team of international scientists who conducted interviews in 66 fishing communities in four Chinese provinces along the coastal region of the South China Sea.

The authors said they would welcome any evidence that dugongs might still exist in China. They recommended that the regional status of the species be reassessed as Critically Endangered (possibly extinct).

Department stores in England could benefit from protected status | Inheritance