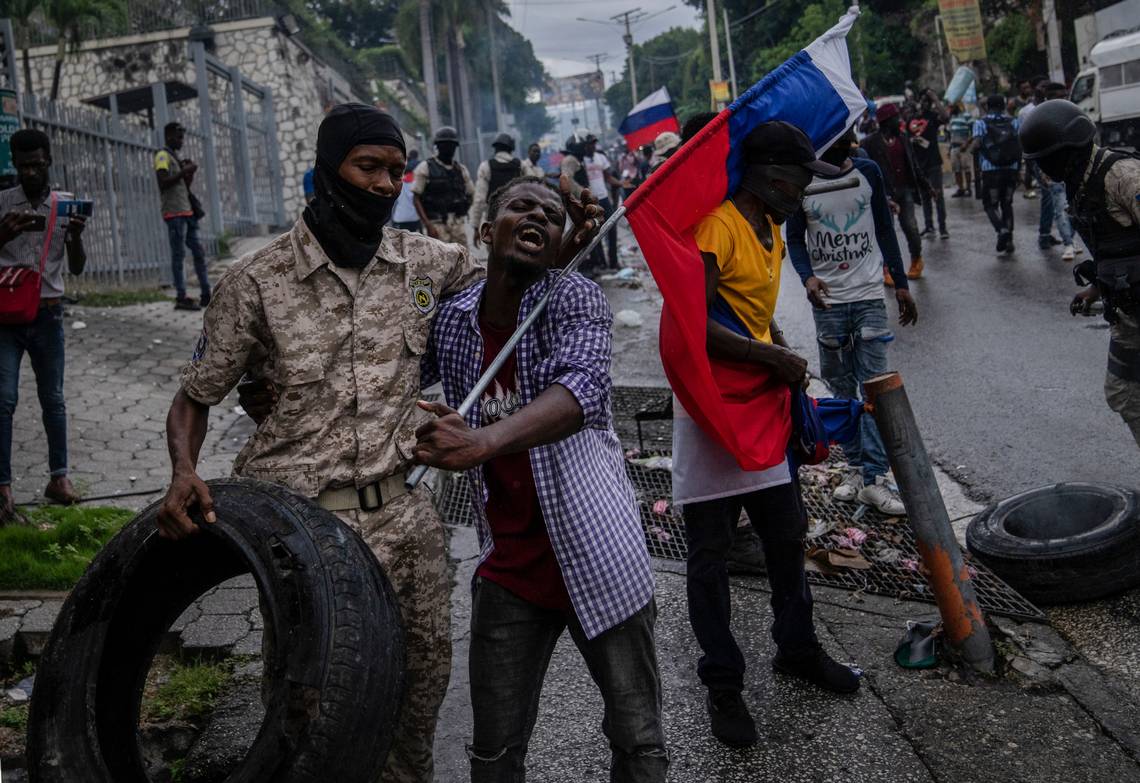 As U.S. Secretary of State Antony Blinken arrived in Ottawa on Thursday hoping to convince Canada to take the lead in helping Haiti confront criminal gangs blocking the flow of fuel and food from its seaports, Canadian officials have announced that they are conducting an assessment mission to the Caribbean country. .

Canadian Foreign Affairs Minister Mélanie Joly said a high-level Canadian delegation is currently in Port-au-Prince to consult with Haitians and other members of the international community on how Canada can help restore access to essential goods and services in a context of escalating gang violence and a worsening humanitarian crisis.

Since mid-September, a powerful gang alliance known as the G-9 Family and Allies has been blocking the flow of oil from the country’s main oil terminal, Varreux. The blockade is causing fuel shortages across the country, and food and drinking water are becoming scarce amid an upsurge in cholera.

READ MORE: US wants to find country to lead military intervention in Haiti by early November

The five-member delegation includes Brigadier General Eric Laforest and Daniel Jean, former Deputy Minister of Foreign Affairs. There is also a member of the Royal Canadian Mounted Police in the group, which is led by Jean, who is a former National Security and Intelligence Advisor to the Prime Minister.

“Canada and the international community are concerned about the violence in Haiti, particularly against women and girls,” said Joly. “Canada will not stand by while gangs and their supporters terrorize Haitian citizens and we will continue to support law-abiding Haitians to end the crisis in their country.

Earlier this month, the interim government of Haiti launched an international appeal for help and requested the deployment of a specialized armed force to help the police regain control of ports and access roads to gangs. The issue is sensitive in Haiti, where many Haitians ask when aid will arrive and others oppose the idea of ​​foreign troops.

The Haitian government’s request has the support of United Nations Secretary-General António Guterres and the United States, which, together with Mexico, drafted a resolution at the United Nations Security Council to deploy a multinational force composed of police and foreign soldiers to help the National Police of Haiti, a force that has failed to regain control of the gangs.

“For many years, the United States and Canada have worked together around donor conferences, to provide additional assistance to the people of Haiti, as well as to the Haitian National Police,” the Assistant Secretary of State said Wednesday. Brian A. Nichols to reporters as the Canadian delegation arrived in Port-au-Prince. “At this crucial time with security and health situations in Haiti at a very critical stage, we hope to deepen these conversations. … Haiti is a priority for both countries.

Like the United States, Canada has supported Haiti financially, providing nearly C$2 billion since 2010 to help strengthen Haitian institutions, including the national police.

While Joly and Canadian Prime Minister Justin Trudeau have been vocal about the escalating crisis in Haiti, neither has said publicly whether Canada will lead a military intervention.

In addition to meeting regional partners such as the 15-member Caribbean Community, CARICOM and the United Nations, the delegation will also meet with various politicians, civil society representatives, activists, members of the private sector and local diplomats as well as members of the Haitian National Police.

Like others in the international community, the Trudeau government has called on Haitian leaders to find a political agreement among themselves in order to resolve its multidimensional crisis and bring the country to elections.

Baby Pendo: Police will be charged