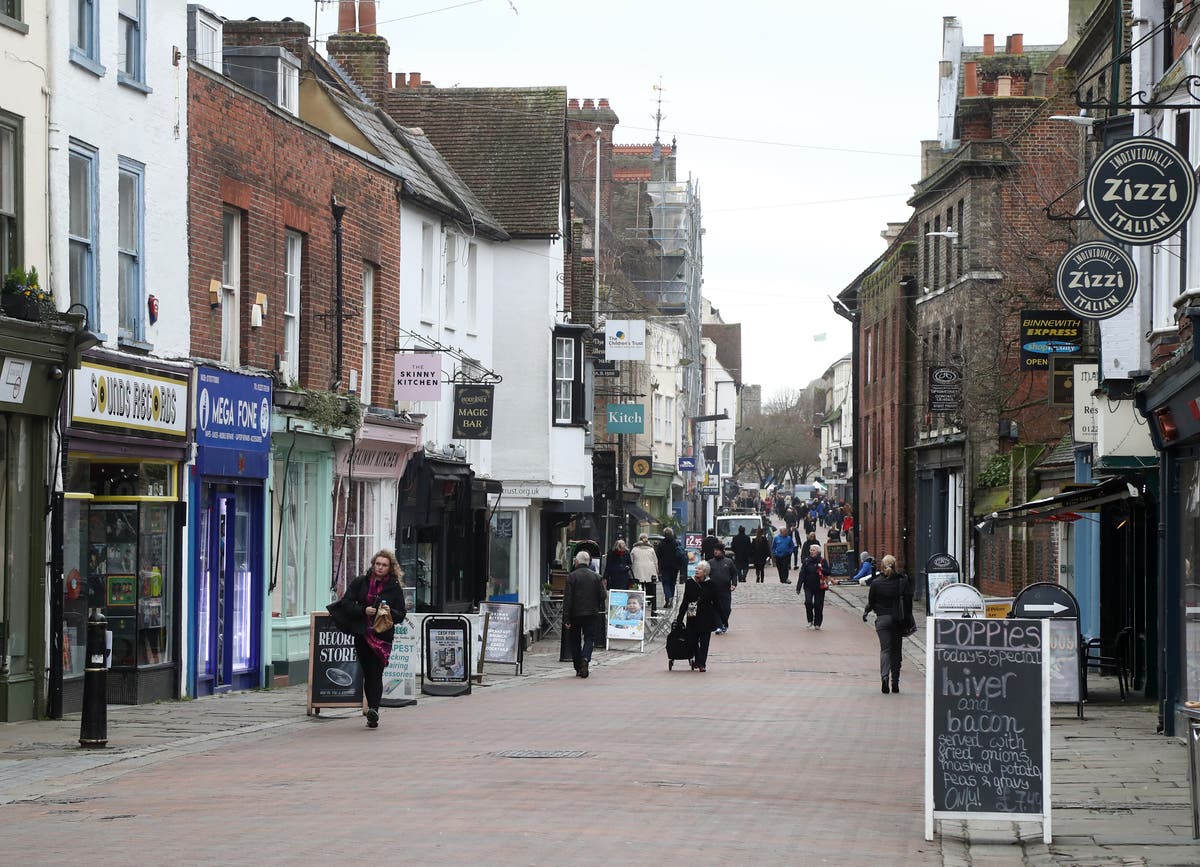 Households transacted less in April but the amount they spent did not fall, a ‘clear sign’ of the impact of rising prices, according to Britain’s biggest building society.

Some 212 million transactions made in April compared to just over 217 million in March.

Despite the drop in transactions, the total amount spent by members in April remained broadly similar to March, Nationwide said.

With spending staying at the same level, this is a clear sign of rising costs for goods and services – both those we need and those we want

This suggests that even though people are trying to reduce the number of purchases they make, the cost of what they buy has increased.

Spending on vacations, cruises and air travel as well as restaurant food and beverages and recreation remained higher than a year earlier, reflecting the easing of Covid-19 restrictions.

Spending on essentials was also higher than a year ago, reflecting rising costs, particularly for fuel, food and utilities, Nationwide said.

Some spending categories rose month over month in April, including gardening and clothing.

There was a 10% month-on-month drop in the amount spent on subscriptions in April, possibly reflecting attempts by some households to cut their bills.

As we head into the summer months, it will be interesting to see how people balance the need to save money with the desire to enjoy life with family and friends, especially with the next Queen’s Platinum Jubilee bank holiday weekend.

Mark Nalder, Head of Payments at Nationwide Building Society, said: “We saw a drop in the number of transactions made by members during the month.

“However, with spending remaining at the same level, it is a clear sign of the rising costs of goods and services – both those we need and those we want.

“It more than makes up for the reduced number of transactions people are making and something we continue to monitor.”

He said that with inflation at 9%, “household finances are really feeling the pinch.”

Mr Nalder continued: “It is therefore perhaps unsurprising that people are trying to make cuts where and when they can, in order to save money and divert it to paying the big bills. .

“As we head into the summer months, it will be interesting to see how people balance the need to save money with the desire to enjoy life with family and friends, especially with the upcoming Queen’s Platinum Jubilee Bank Holiday weekend.

“However, we expect overall spending to decline slightly in the coming months as the rising cost of living continues to increase pressure on household finances.”