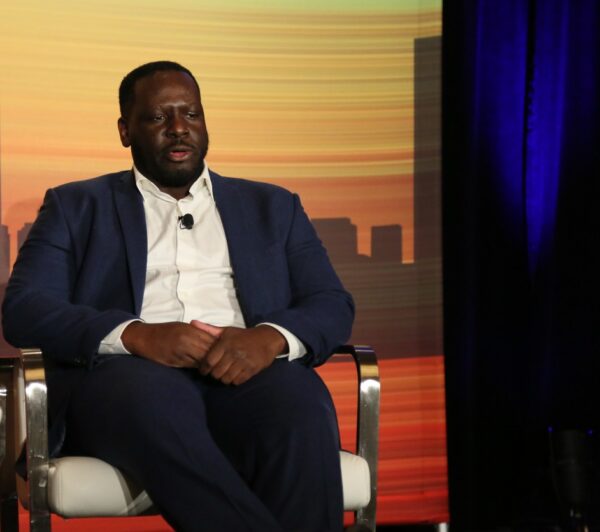 Last week at MedCity News’ INVEST conference in Chicago, James Lott, CEO of Script Health, a health tech company, was blunt when asked what would be on his wish list. if he had a magic wand: supplier status for pharmacists.

The term is controversial and confusing, but essentially means that pharmacists should get reimbursed for the kinds of services they provide.

In fact, a bill with bipartisan support has been introduced that would allow pharmacists in underserved areas to bill Medicare Part B for services within a pharmacist’s practice. Care would also have to be provided to Medicare Part B beneficiaries who live in underserved areas to be eligible for reimbursement. If it becomes law, pharmacists would receive payment at 85% of the physician fee schedule, according to the American Society of Health-System Pharmacists.

This is particularly remarkable given that rural health care already burdened with financial difficulties faced even greater challenges and many facilities simply closed. In this. “medical desert” are pharmacists who try to take over and be the trusted source in the community.

Lott, a public policy expert and doctor of pharmacy, recounted a litany of ways pharmacists have actually provided lifesaving care during the pandemic, from administering vaccines to providing tests.

“The most recent data shows that pharmacists administered more than 235 million Covid vaccines nationwide. They’ve administered over 100 million Covid tests,” Lott told the INVEST audience on Wednesday. “And I would say that if pharmacists weren’t able to vaccinate patients across the United States, many of us would still be lining up for our first dose,”

“Pharmacist reimbursements for these services are completely different,” Lott explained. “A lot of them are referred by pharmacy benefit managers, and that causes a lot of problems.”

Lott’s company, Script Health, is trying to fill that gap.

“We find that some pharmacies want to partner with us because we have access to partner physicians who can enter into agreements with those pharmacies and then oversee their clinical services like immunization programs,” he said. “But if you’re in a small town in rural America and let’s say you’re in a medical wilderness, there are no doctors within 50 miles.”

This is where the federal legislation advocated by the pharmaceutical community comes into play.

“Provider status is therefore very necessary for pharmacists. I am optimistic, partially. Part of my wishlist is on the way because…there is a bill that will be introduced in the House of Representatives so that pharmacists can test and treat things like strep flu, covid, etc., and charge under Medicare Part B,” he mentioned. “So we are on a step in the right direction, but we still have a long way to go. And if any of my friends from the AMA [American Medical Association] are here, we can discuss them later.

It is not even necessary to imagine that this argument will be heated.

The American Medical Association has strongly opposed initiatives to make pharmacies more accountable. The last one arrived on March 4:

In other words, pharmacists simply do not have the medical means to be able to provide this service to patients on their own. However, the problem seems to be a supply and demand issue. Most people live near a pharmacy and in rural areas a pharmacist is likely to be the first in a patient’s care team rather than a doctor.

“[In these rural areas] the only supplier or non-supplier is the pharmacist. That’s where your care will come from. Whether or not you have access to vaccines or a Covid test or other things, it’s going to ride or die on this pharmacist,” Lott continued. “And if that pharmacist doesn’t have a relationship with a doctor because of a lot of state laws and federal laws, he can’t get his whole town of two, three, four, 5,000 people vaccinated. [People] you have to travel 50 miles to do that, and that’s problematic.

Compare that to this other statistic: About 9 in 10 Americans live within five miles of a community pharmacy, according to a study by the National Association of Chain Drug Stores. That’s one of the reasons Lott wants pharmacists to have the ability to provide a bit more care, like on-site testing, blood pressure checks, and more.

“If you can democratize care in the physical realm, it would be something like allowing pharmacists to do a little more,” he said. “And believe me again, my friends at the AMA, pharmacists don’t want your work. They just want to be able to help their patients with minor things, get them back to good health, and then sort them out where they’re supposed to be.

Lott was joined on the INVEST panel by moderator Cristal Gary, director of advocacy for Amita Health and AJ Loiacono, CEO of Capital Rx, a rookie pharmacy benefit manager whose own comments on drug pricing will become fodder for another post.