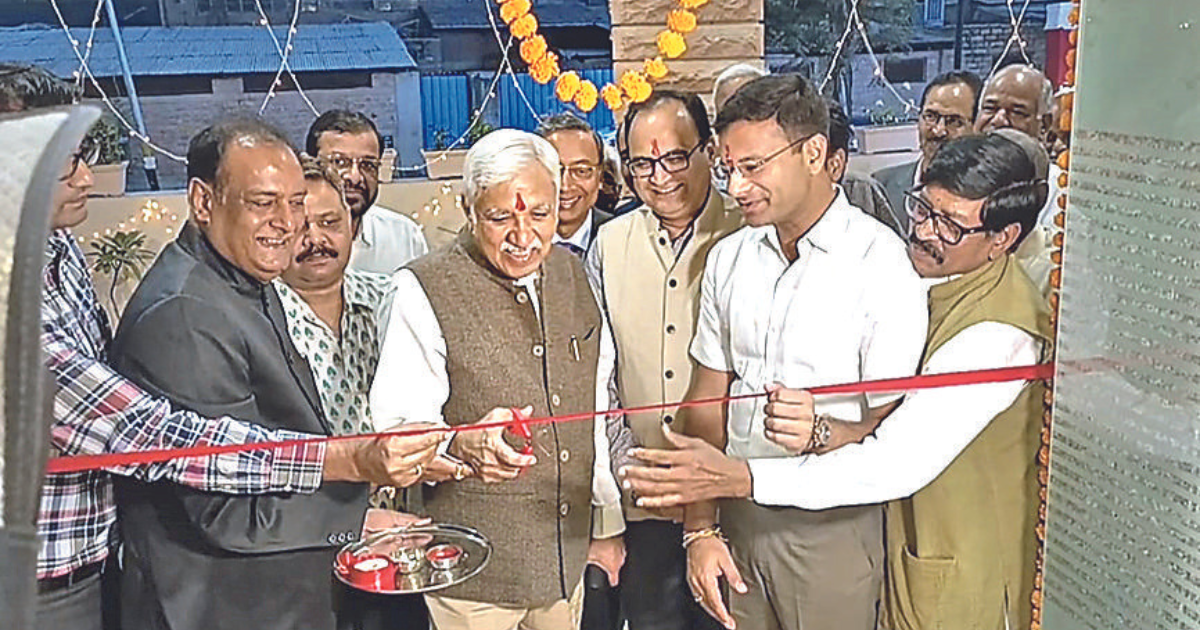 Jodhpur: The groundbreaking ceremony for the reconstructed Hall of Association of Jodhpur Industries was held on Saturday, which was attended by former Election Commissioner Sunil Arora as the chief guest and inaugurated the hall. In 1993, while he was collector of the district of Jodhpur, Sunil Arora laid the first stone of this building. During the program, the new executive also took an oath of office and secrecy.

Along with this, a Memorandum of Understanding was also signed between MBM University, Jodhpur and the Association. The Association’s annual report was also presented during the program.

Former association president Jitendra Maheshwari and other board members remembered Sunil Arora’s contribution. Due to various types of exports, the industry of Jodhpur has always been on the global stage. Apart from small marginal industries, Jodhpur is famous for different types of industries. Sunil Arora, during his address at the inaugural ceremony of the rebuilt hall, said that he shares a deep relationship with Jodhpur from the time of his posting and has had contact with all the senior contractors. During it, he also gave a message to advance women entrepreneurs.

Referring to the history of the West Rajasthan Industry Handicraft Festival which started for the first time, he said, “The festival has become the identity of Jodhpur for which he had made vast plans. with entrepreneurs, who flocked to him for the same. With everyone’s collaboration, the initiative taken back then is still working to help all types of entrepreneurs across the division grow.

Taiwan detects 46 Chinese planes and 4 warships in the vicinity