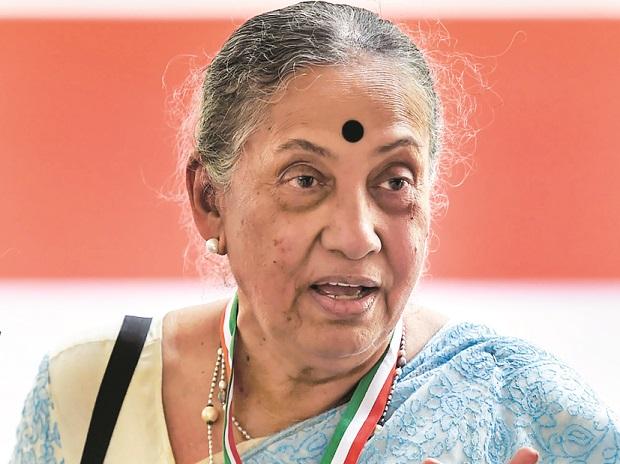 Opposition parties decided on Sunday to field former Rajasthan governor and ex-Union minister Alva as the joint candidate for the vice-presidential election. Notably, today is the deadline for submitting nominations for the August 6 election.

NCP leader Sharad Pawar announced on Sunday: “We have unanimously decided to nominate Margaret Alva as our co-candidate for Vice President. The decision came after opposition party leaders met in New Delhi at the residence of Sharad Pawar to select a joint running mate.

Alva, who takes on Jagdeep Dhankar of the NDA who submitted his candidacies on Monday, said in a tweet: “It is a privilege and an honor to be nominated as the Common Opposition candidate for the post of Vice President of the India, I accept this appointment with great humility and thank the opposition leaders for their confidence in me”.

The term of Vice President Venkaiah Naidu – who comfortably won elections in 2017 – ends on August 10.

The NDA has nominated West Bengal Governor Jagdeep Dhankar as a joint candidate for vice president. The decision to field Alva was taken during a meeting of opposition leaders from 17 parties at the residence of NCP supremo Sharad Pawar.

Jagdeep Dhankhar, who lodged his nomination in the presence of Prime Minister Narendra Modi on Monday, said he was grateful to the prime minister and his able leadership for the opportunity.

“Even in my dreams, I didn’t think an ordinary man like me would have such an opportunity. A farmer’s son applied today… I am grateful to Prime Minister Modi and the leadership for this opportunity,” Dhankhar said after applying. nomination.

He submitted his candidacy for the post of vice-president on the day when the presidential elections are held.

His name was announced for the second constitutional post on Saturday by BJP leader Jagat Prakash Nadda.

Immediately after submitting his candidacy, Dhankhar declared that he would fight for the country’s democratic values. “I will always strive to strengthen the democratic values ​​of the country. I never thought, even in my dreams, that a person of humble origins like me would get this opportunity.”

JP Nadda said that Dhankhar was a “Kisan-Putra” (farmer’s son) who established himself as “ruler of the people”. Nadda also urged all parties, including UPA allies, to support the NDA vice-presidential candidate.

Dhankhar, who is a lawyer by profession, entered politics in 1989. He became governor of West Bengal in July 2019 and has since made headlines over his tumultuous relationship with the Mamata Banerjee government.

Earlier on Sunday, Jagdeep Dhankhar met with Union Home Minister Amit Shah who congratulated him on his nomination as NDA Vice Presidential candidate and said his understanding of the issues ground and his constitutional knowledge would greatly benefit the country.

The Union Home Secretary wrote in a tweet in Hindi: “Congratulations to Shri @jdhankhar1 ji on being elected NDA Vice Presidential Candidate. Born into a simple farming family, life of Dhankhar ji has been devoted to the welfare of the people and the upliftment of society.”

“I am sure his understanding of the issues on the ground and his constitutional knowledge will be of great benefit to the country,” Shah tweeted.