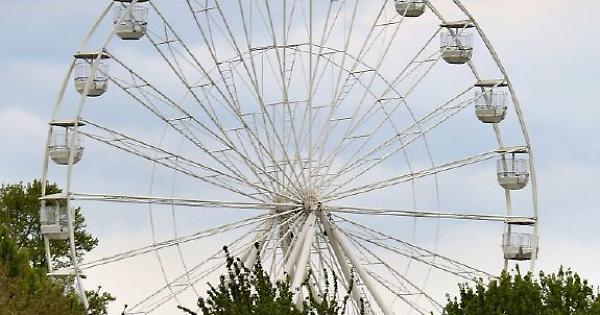 A MAJORITY of members of the Henley Society are against the idea of ​​a giant observation wheel at Mill Meadows.

They were responding to a proposal from City Manager Craig Buckby to set up the 40m “Henley Eye” for the summer.

The conservation group found that 60% of members would oppose the idea under any circumstances, while 40% said they would support it if the wheel was only in place for special occasions such as the regatta Royal and the Henley Festival.

Reasons given by members for opposing the wheel included concerns about where visitors would park, as the car park at Mill Meadows is already busy during the summer.

Others said the attraction would take up too much space in an area intended for relaxation.

Company chairman Geoff Luckett, who interviewed members via the company’s digital newsletter, said: ‘There were those who said, ‘We don’t want to turn Henley into Blackpool or something, with that , the lights on the bridge and the new mini golf of course – are we turning Henley into something of a fairground?

“Members were also concerned that it would generate no revenue for the city.

“Members in favor were in favor on the condition that it was only for special events, although I understand that the wheel can’t go up and down all the time.”

Christopher Leeming said the regatta and other events had already caused inconvenience and noise to residents of Remenham.

“I think it’s a dumb idea,” said Councilman Leeming, who lives in Matson Drive. “There will be an increase in passing HGV traffic.

“Previously there were only around nine events a year, now there are around 14. For residents, this can cause problems.

“While such an event may only last two to three days, it actually takes around four weeks to set everything up and take it all down.

“Many events touch us but the organizers don’t ask the public what they think.

“The Ferris wheel will probably make a lot of noise. We might be able to see it from here with bright lights.

The wheel, which is operated by Danter Attractions, of Herefordshire, has operated in Stratford-upon-Avon for six months of the year since 2016 and has also appeared at Birmingham Christmas markets.

Residents and visitors could purchase tickets for a ride in one of the pods, which have windows that offer panoramic views as the wheel spins.

Each ride would cost around £6 for 20 minutes with five rotations. There would be no cost to the municipality.

The wheel, which would require planning permission from South Oxfordshire District Council, can put on a multi-coloured light show at night.

The proposal is to be discussed at a meeting of Henley Town Council.

• What do you think? Write to: Letters, Henley StandardCaxton House, 1 Station Road, Henley or by email
@henleystandard.co.uk