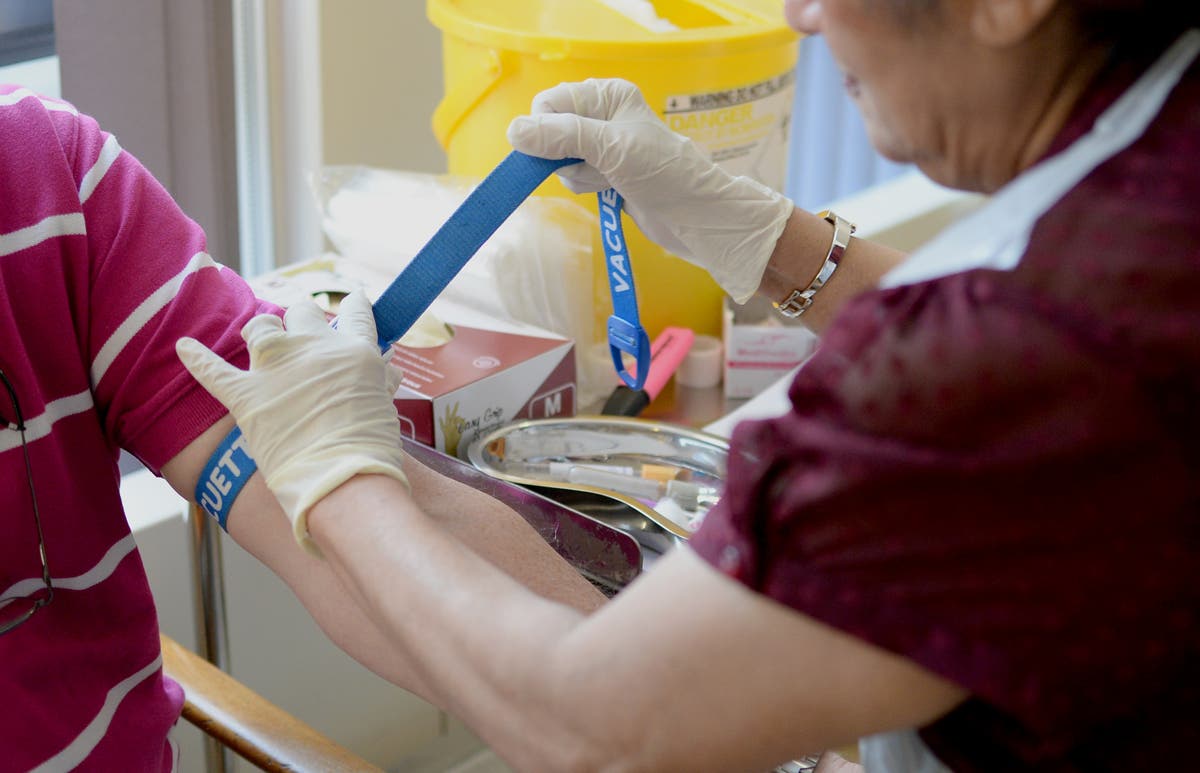 A new screening tool for prostate cancer could help reduce deaths from the disease, experts have said.

Researchers have developed a new algorithm that assesses a person’s risk of developing prostate cancer based on their age and blood levels of two prostate cancer markers.

If the screening method proves successful in future studies, it is hoped that it can one day be developed into a national screening program.

There is no single test for prostate cancer, but one of the first diagnostic tools used is a blood test that measures the amount of prostate-specific antigen (PSA).

A high PSA result can indicate a problem with a man’s prostate.

But the test is not offered to all men as it has both advantages and disadvantages.

It has previously been suggested that screening on PSA levels alone could lead to more men needing a prostate biopsy – where a small sample of cells is taken for further examination – which may have Side effects. Others have worried about the “over-treatment” of large numbers of men with slowly growing prostate cancer that would never have affected them in their lifetime.

The new study, published in the Journal of Medical Screening, looked at a new algorithm that looks at PSA and hK2 (human kalliknein peptidase) levels in a man’s blood, as well as his age.

This method could help reduce the number of false positive results by three-quarters, the authors added.

Lead author Professor Sir Nicholas Wald, from the UCL Institute of Health Informatics, said: “A major disadvantage of screening for prostate cancer using a PSA test alone is the higher risk of false positive, which can lead to an unnecessary and invasive biopsy and unnecessary treatment of a clinically insignificant cancer that would not have caused harm anyway.

“Our study shows that a different screening approach could reduce the number of false positives by three quarters.

“The next step is to test the feasibility of this approach in practice with a pilot project inviting healthy men to be screened.

“If the project is successful, we believe this approach should be considered part of a national screening program for all men.”

The use of PSA alone has significant drawbacks in terms of screening, but the addition of the hK2 marker in this context bears the real promise of significantly reducing mortality from this most common cancer in men.

Co-author Jonathan Bestwick, from Queen Mary University, added: ‘The approach is innovative for cancer because it screens people based on their overall risk rather than the results of a single test.

“This is the same approach used for screening during pregnancy for certain fetal and maternal health conditions.”

Commenting on the study, Professor Roger Kirby, President of the Royal Society of Medicine and Vice-Chairman of the charity Prostate Cancer UK, said: “This is a new approach which uses the levels of two markers prostate cancer, PSA and hK2 (human kallikrein peptidase) to refine prostate cancer screening.

“The use of PSA alone has significant disadvantages in terms of screening, but the addition of the hK2 marker in this context bears real promise of significantly reducing the mortality rate of this most common cancer in humans.”

Simon Grieveson, Head of Research at Prostate Cancer UK, added: “Catching prostate cancer early can save lives, but without a screening program too many men will continue to be diagnosed too late.

“Unfortunately, we currently do not have a test that is accurate enough to be used in a national screening program. So it’s great to see promising research like this looking to create a better test to detect prostate cancer early.

“In the meantime, men can find out more about their risk by using Prostate Cancer UK’s risk checker and should speak to their GP if they have any concerns.”