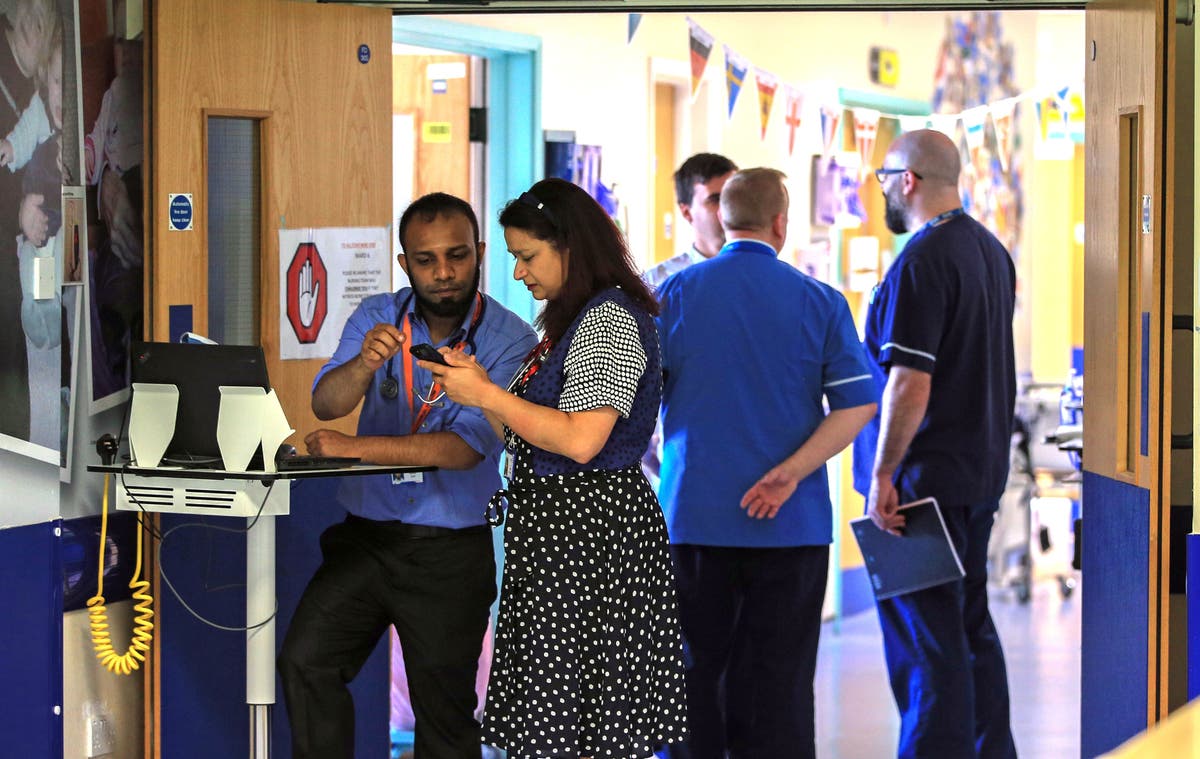 Around one in 10 full-time equivalent positions in the NHS in England were vacant at the end of June, the highest proportion since current records began in 2018, according to new figures.

NHS Digital data shows there were 132,139 full-time equivalent vacancies across the health service, the highest since the previous peak of 111,864 at the end of June 2019.

In London, around one in eight positions (12.5%) were vacant, with a record 30,506 vacancies in acute, ambulance, community, mental health and specialist services.

The figures also show there were a record 46,828 full-time equivalent nursing vacancies in England at the end of June.

Are you touched by this story? Email [email protected]

The data comes as the health service faces what threatens to be the worst winter in its history, with the twin threats of rising Covid and flu cases.

There are fears that an early flu season – coupled with rising levels of the virus as people spend more time indoors in the colder months – will put additional pressure on the NHS, which is already struggling with huge waiting lists and delays in ambulance services.

Britain has not had a flu season since before the pandemic and so immunity levels are low, experts say.

“While we don’t normally see the flu really start until late November to December, it could happen as early as late September-October – that’s what we’re anticipating,” Ms Hopkins said in a webinar hosted by the Royal Society. medicine in July.

Ms Hopkins said she and her colleagues were watching Australia “very, very carefully”. The flu season there started early and increased rapidly in all age groups, she said.

The former Prime Minister’s Institute for Global Change said a ‘perfect storm’ of unprecedented demand and reduced capacity will see hospital wards fill up to create ‘the worst crisis in NHS history’.