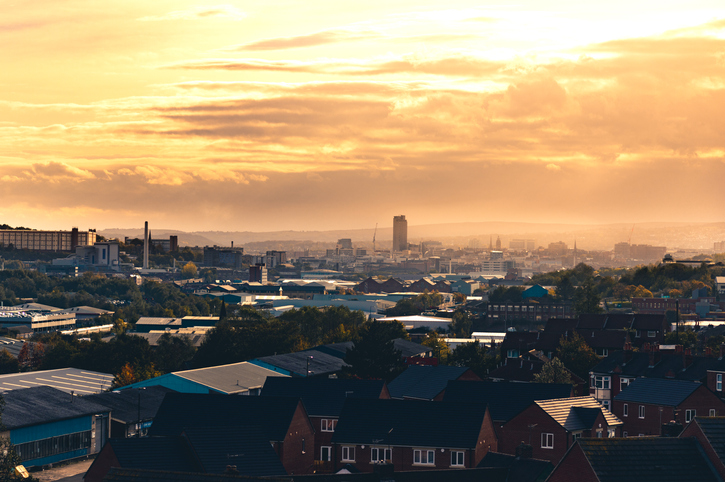 Plans to ‘increase’ research spending across the UK by ensuring public investment outside the South East increases by 40% by 2030 may not be as drastic as ministers have indicated , political experts have warned.

In his long wait Upgrade White Paperthe UK government has highlighted commitments from several government departments to increase their research and development (R&D) spending in the regions at a faster rate than in areas around London, Oxford and Cambridge.

But the close-up announcement that the Department for Business, Energy and Industrial Strategy (BEIS), which distributes funds to research councils nationwide, will spend at least 55% of its R&D budget outside south-east by 2024-25 was unlikely to significantly change the regional balance of spending, observed James Wilsdon, professor of research policy at the University of Sheffield, who pointed out that the latest estimates suggested that 54 % of overall government investment was going outside the southeast.

“If the BEIS ratios correspond to broader government R&D ratios, then that would mean a proportional increase of 1% by 2025 – not exactly a revolution in the funding balance,” Professor Wilsdon said.

The 40% increase by 2030 “does not strike me as too ambitious and does not necessarily require a major shift in regional distribution”, he added, given that the already announced increases in overall funding for the research would lead to national increases of around 25-30% in real terms by 2025.

Kieron Flanagan, professor of science and technology policy at the University of Manchester, agreed that improving BEIS “does not seem very ambitious”.

“You could interpret that as a commitment not to let the funding become more concentrated in the greater south east,” said Professor Flanagan, who said he would be happy to “put a hard floor on the concentration. .provided it’s a long-term commitment.” .

“The last thing we need is a funding boom outside of the Golden Triangle. [London, Oxford and Cambridge] now followed by a later bust down the line, when the golden triangle science lobbies reassert themselves. So to have a real leveling effect, these commitments should be the start of a new approach, which lasts beyond the spending review period and this Parliament,” he said.

Mention that the Department of Health and the NHS would seek to rebalance medical research away from the South East would be a ‘significant development’ given that their ‘spending is also very heavily concentrated’ in this area, Prof Flanagan added.

Graeme Reid, professor of science policy and research at UCL, said he was encouraged by the central role of research in the upgrading programme.

“This is, however, the latest in a long line of attempts to use R&D for regional development – ​​far too many of them started with great fanfare but did not last long enough to make a difference. “, he continued.

He also warned against the establishment of “regional quotas for part of the R&D budget”, which, “if it trumps research excellence, will serve no one and could depress national performance. global”.

Professor Reid – who looked at how research and development funds previously distributed by the European Union using structural funds could be allocated post-Brexit under the banner of the UK Shared Prosperity Fund, worth £2, £6billion a year – added that universities in Scotland, Wales and Northern Ireland may also be concerned about the White Paper’s promise that this fund will be “as much as possible decentralized to leaders local people, with investments aimed at regenerating communities, upskilling people and supporting local businesses”.

“Will this all end up in R&D?” asked Professor Reid, who said these funds had “brought enormous benefits” after being distributed to regional research centers and universities.

Meanwhile, Diana Beech, chief executive of London Higher, which represents the capital’s universities, said plans to direct R&D investment outside the greater south-east region were “akin to closing the door to the capital and risk neglecting London’s cutting-edge research base, which benefits the whole country”.

However, Sir Adrian Smith, President of the Royal Society, welcomed the report, saying: “Investment in research and innovation is key to long-term economic growth, and the UK has universities, outstanding research institutes and innovative enterprises nationwide. ”

Nonetheless, he cautioned, “investment must be new and not just a repackaging of old money.”

“Nor can we afford to ‘steal Peter to pay Paul’ by investing in certain localities at the expense of world-leading research in already hugely successful research clusters,” said Sir Adrian.

What is the status of holistic care for cancer patients in India?