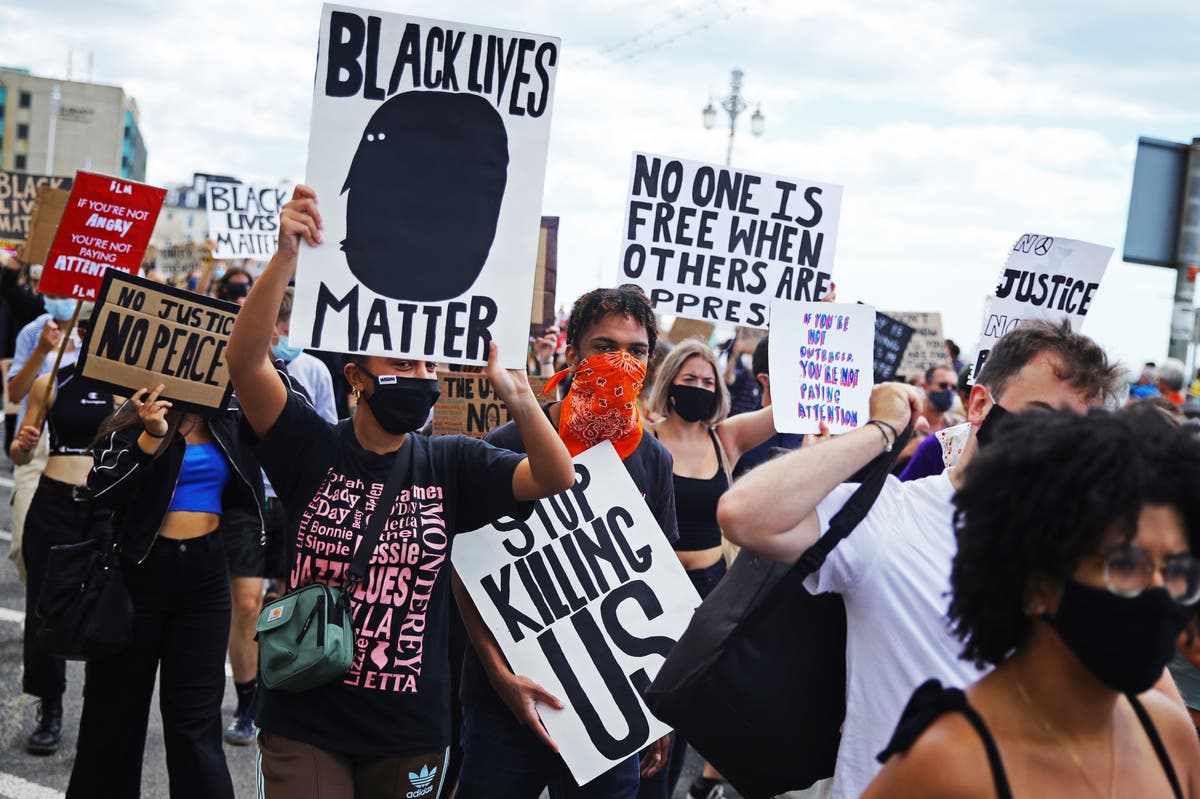 Police leaders are set to apologize and say they are ‘ashamed’ of alleged ‘discrimination and bias’ in their ranks in a new report.

A National Police Chiefs Council (NPCC) and College of Policing plan, due to be released next week, will pledge to be “institutionally anti-racist”.

The NPCC represents the chief officers of the British police and the College of Policing is responsible for setting standards of ethics and training for the police service.

According to The Guardian, the report will state: “We accept that policing still contains racism, discrimination and prejudice.

“We are ashamed of these truths, we apologize for them and we are determined to change them.”

It will also outline plans to tackle treatment that black people find “stigmatizing and humiliating”.

The catalyst for the report was the global protests sparked by the killing of unarmed black man George Floyd, who was killed by a police officer in Minneapolis, US on May 25, 2020.

It also comes after the landmark Macpherson Inquiry, which followed the unprovoked murder of black teenager Stephen Lawrence in 1993.

The Macpherson Inquiry published a report in February 1999 which accused the Met Police and the police in general of “institutional racism”.

The plan will add: “Much has been done in the years since by the police to tackle racism in the police and in society.

“Despite this, change has not been rapid enough or significant enough in black communities.

“In preparing this plan, we heard from black perspectives and experiences in policing. We have listened to the voices of our own black colleagues on the service to which they belong.

“The challenge of reform, set out by Macpherson, cannot be said to have been unambiguously resolved by the police. Many people believe that police departments are still institutionally racist and have reasons for this view.

The new report, due out next week, will also say: “We have a lot to do to gain the trust of black people, including our own staff, and improve their experience of policing – and we will.

“We will be held accountable and we welcome careful consideration. This need for change is obvious.

“The police lag behind almost every sector of the civil service as the employer of choice for black people.

“Trust levels are much lower and our powers are disproportionately applied to black people. In some crimes, victimization rates are higher.

“Black officers and staff leave the police earlier in their career than white staff and the fact that we have only seen two black officers reach the rank of chief of police or assistant commissioner in the history of the police is a failure.”

“Ten percent of our recorded searches, 27% of use of force incidents and 35% of Taser incidents involved someone from a black ethnic group.

“The latest estimates suggest that only 3.5% of the population is black.”

The plan, which will be open for consultation, will state: “Our vision is of a police service that is anti-racist and trusted by black people.”

Former Met Police diversity officer Victor Olisa told the Guardian: ‘They can say they’ll do better, but without an admission of institutional racism communities won’t believe it.

“Chiefs of police are insular and do what suits them and not the service of the public.”