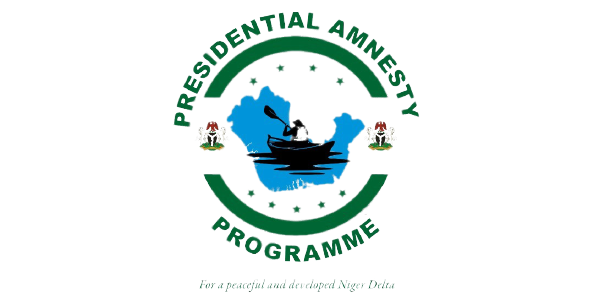 VSIn keeping with the cliché that time changes everything, certain current circumstances dictate that the Presidential Amnesty Program (PAP) needs to be restructured and rebranded, in order to fit the next level of its expected run, in the national public space. And it must be sooner rather than later. Among the factors dictating a redesign of the program is the impending deadline of May 29, 2023, for the administration of President Muhamadu Buhari, who is expected to hand over to a new administration who may see things differently. Second, the reality is that the PAP was not meant ab initio to last forever. In fact, as originally planned, it was supposed to end in 2015 with the life of the Goodluck Jonathan administration. However, given that Goodluck Jonathan was first Vice President to the late President Musa Yar Adua who launched the PAP in 2009, it is understandable that the former continued the program during his own term as President (between 2011 and 2015), in succession to the last.

However, it was also auspicious that the Buhari administration gave in to prevailing circumstances to sustain the program when it took office in 2015 – especially given the unassailable utility of the PAP in securing peace in the region. of the Niger Delta. Nevertheless, while with his imminent departure from office, the temptation may be strong for the Buhari administration to jettison the PAP, the usefulness of the program as a guarantor of peace in the Niger Delta region, seems to dictate the most sustainable option to let him stay, at least for now.

It is in this context that the recent fear that the federal government might be inclined to abandon the PAP has drawn strong reactions from stakeholders in the Niger Delta, with at least two major political players in the region acknowledging the limit of the PAP’s mandate, although they also called because effective protocols precede his endgame whenever it becomes due, at least not at the moment.

One of them is the Movement for the Survival of Izon Ethnic Nationalities (MOSIEND). According to a statement by its chairman, Ambassador Kennedy West, the PAP “is not an endless program…the federal government should address the reason for the unrest in the first place, which is developing the region and allows the people to manage as well as control their resources.” The other is the Pan Niger Delta Forum (PANDEF), which sent a letter – “Our Concerns on the Future of the Presidential Amnesty Program” to the presidency, which was signed by its national leader, Chief Edwin Clark, along with 34 other people.

Embedded in previous interventions is the issue of the insolvency of scrapping the PAP for now, which begs the question of what provision can it be invested, in order to be handed over to a new administration without turbulence, on May 29, 2023? To sum up, the question also arises of knowing which original features of the program are still relevant or moribund over time, around which change can be built? For, the truth of the matter for now is that the PAP needs to restructure and change its name in order to establish its relevance as well as its sustainability in the immediate future.

This is where the program’s new coordinator, Barry Ndiomu – a retired major general in the Nigerian army, has his work cut out for him. As the team’s new coxswain, it is his responsibility to restructure the agency to lay it out for seamless membership by the administration who will take over the reins of governance on May 29, 2023. Unlike his predecessors in this office, his brief goes beyond the routine management of the outfit. He has to deliver PAP at one of his toughest times. And the least that can be said at this point is that his solid credentials as one of the best officers in the military establishment in the country will come in handy. Barry Ndiomu has an arduous task ahead of him – especially as the job also requires him to foster a change in attitude by power brokers and stakeholders in the Niger Delta region. It is their lot to promote adherence to the reforms that will be implemented in the new look of the PAP.

The PAP was created by the administration of the late President Umaru Yar Adua in 2009, at the height of unrest in the oil and gas-rich region of the Niger Delta, which featured groups of armed youths and militants disrupting production and exports of crude oil by the country, with significant threat to the national economy. Specifically, the PAP was appointed to achieve the objectives of de-escalating conflicts in the region, disarming and demobilizing belligerents, and reintegrating them into society as truly productive actors. In other words, it was meant to serve as a palliative to quell youth unrest in the oil-rich Niger Delta region. Its usefulness was then obvious as it served the purpose of pulling the belligerents off the battlefield and to the negotiating table.

To be fair to the former leaders of the program, the PAP spanned 13 years through the administrations of former Presidents Umaru Yar Adua as well as Goodluck Jonathan, and now honors the twilight of the Buhari administration. This is not to overlook the series of twists and turns in its trajectory – especially against the backdrop of a deep-seated suspicion of the federal government by the leadership community of the Niger Delta zone. In fact, it is for this reason that even any discussion of abandoning the PAP at this stage signifies an impending crisis that the country cannot afford.

The way forward is now two-pronged. The first step is to take stock of the situation in this agency. This step is already underway with the beneficiary timeline streamlining process serving as a starting point. It should be understood that streamlining remains a demographic imperative, as the actual numbers of who gets what, when and how, has been a big challenge for the program since its inception. Interestingly, Ndiomu assured that the process will be undertaken fairly and wisely.

The second area is, as discussed earlier, to market a reform agenda in the Niger Delta region with a view to gaining buy-in from stakeholders and the leadership community in the area. The flip side of this consideration is that stakeholders in the region, who are affected by the fate of the program, must reciprocate any gesture of reform from the PAP leadership in order to achieve maximum impact.

And with the first signs coming from the PAP since coming on board as the agency’s coordinator, Major General Barry Ndiomu (rtd), unquestionably has his act intact.