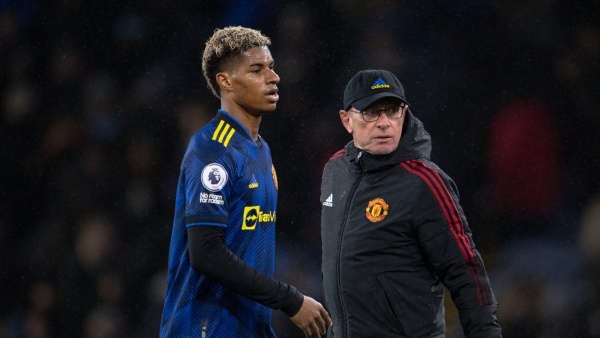 Manchester United aren’t a stronger team without Cristiano Ronaldo and can’t think of getting rid of the striker, according to Rio Ferdinand.

Ronaldo ended a barren run in front of goal with a hat-trick in Saturday’s 3-2 Premier League win over Tottenham at Old Trafford.

The five-time Ballon d’Or winner registered just one goal and no assists in his previous 10 appearances for United in all competitions before his impressive hat-trick.

This has led to speculation as to whether the Red Devils would be better off without Ronaldo in their side, with the Portugal international having been left out by Ralf Rangnick at times.

But after netting his 49th hat-trick at club level, including at least one in 13 consecutive seasons, Ferdinand dismissed claims his former team-mate is weakening United in any way.

“Without Cristiano Ronaldo, Man United wouldn’t be in the Champions League yet,” Ferdinand told the Mirror.

“Are United a stronger team without him? I totally disagree with that. If he doesn’t play with Man United, they would have gone out in the group stage.

“A player with his ability and his talent, who is as decisive as he is, who has shown over the years and this season that he can make a difference.

“Man United are not a team that is able to think, ‘OK, we’re too good to have someone like that in our team’.”

Ronaldo has now found the net 18 times in 31 games since returning to Old Trafford from Juventus in August – double that of any other United player.

That includes 12 Premier League goals, making the 37-year-old the competition’s second-highest goalscorer this season, although 12 behind runaway leader Mohamed Salah.

Commenting on Ronaldo’s performance against Tottenham, Rangnick said it was the best performance he had seen from the former Real Madrid player during his interim.

“At least since I arrived, his best performance,” Rangnick said. “Not just because he scored three goals, two brilliant goals…he was also energetically good.