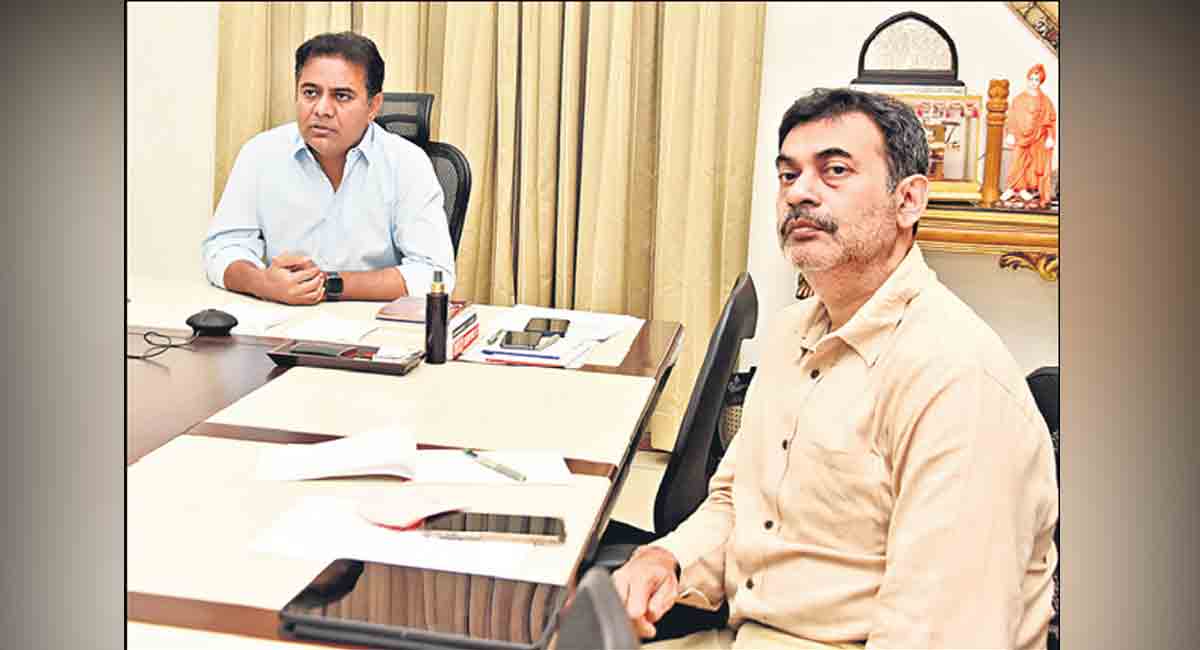 The Minister, delivering the keynote address of the Harvard India Conference 2022 held virtually with the theme “Turbocharging India @ 2030”, said that Telangana was the most successful start-up in India.

“The programs and policies being implemented in the state must be implemented across the country to accelerate development,” he said, adding, “By 2030, I want to see an India which leads the world in almost every field. I strongly believe that clues for “Turbocharge India @ 2030, can be taken from “Telangana turbocharged since 2014”.

Stating that growth and development should be diversified across society and equal opportunities should be created for all, the Minister said that diversity is India’s greatest asset. The same diversity requires a broadening of policy frameworks beyond narrow focus, he stressed. The Telangana government’s vision for infrastructure development, inclusive growth and innovation has helped the country’s youngest state achieve remarkable progress in just seven years, he said.

Under the leadership of Chief Minister K Chandrashekhar Rao, Telangana has made progress on all fronts. The Telangana government’s emphasis on development and social welfare measures has made it a model state in the country and the social welfare programs have been emulated by other states, he said.

The minister said seven villages in Telangana were ranked in the top 10 under the Ministry of Rural Development’s Saansad Adarsh ​​Gram Yojana. He pointed out that despite the impact of the pandemic in 2020-21, Telangana’s per capita income (PCI) of Rs 2.37 lakh at the current price and was the third highest in the country according to the latest data from the Ministry of Statistics and Program Implementation.

According to the NITI Aayog report, the gross domestic product of Telangana state, according to provisional estimates, was Rs 9.80 lakh crore, an increase of 94% from its value in 2014-2015, a-t he said, adding that the state government’s focus on agriculture, IT, electricity generation, industry, health infrastructure and quality education have fueled remarkable progress.

“Telangana has attracted more than Rs 2.2 lakh crore in investments since the launch of its innovative TS-iPASS industrial policy. These investments have employed around 16 lakh people,” Rama Rao said. The minister said Hyderabad has become a global hub for some of the most important names in the IT world.

Amazon, Google, Microsoft, Apple and Facebook each have their second largest presence anywhere in the world outside of their US headquarters in Hyderabad, he said.

“The US President’s Marine One helicopter cabins are manufactured in Hyderabad by Tata Sikorsky Aerospace Systems, a joint venture between the Tata Group and Sikorsky,” the minister said. Highlighting that Hyderabad produces a third of the world’s vaccine production, he said: “I am extremely proud to say that Hyderabad is the vaccine capital of the world.”

Listing other developments in the state, he said Telangana was constructing the Kakatiya Mega Textiles Factory (KMTP), one of the largest textile parks in the world.

“Telangana has already built the largest lift irrigation system in the world, the Kaleshwaram project, in just 3 years. This is a record in the history of irrigation projects in India,” he said. More than 63 lakh farmers are benefiting from the Rythu Bandhu scheme launched by the Telangana government and the farmer-friendly initiatives of the Telangana government have boosted the agricultural sector in the state.

“A whopping 141 lakh tonnes of paddy were procured during the Telangana Kharif season (2020-21), which is the second highest share of paddy supply in the country,” he said.

You can now get handpicked stories from Telangana today to Telegram everyday. Click the link to subscribe.

Academia should rise above the level of hijab