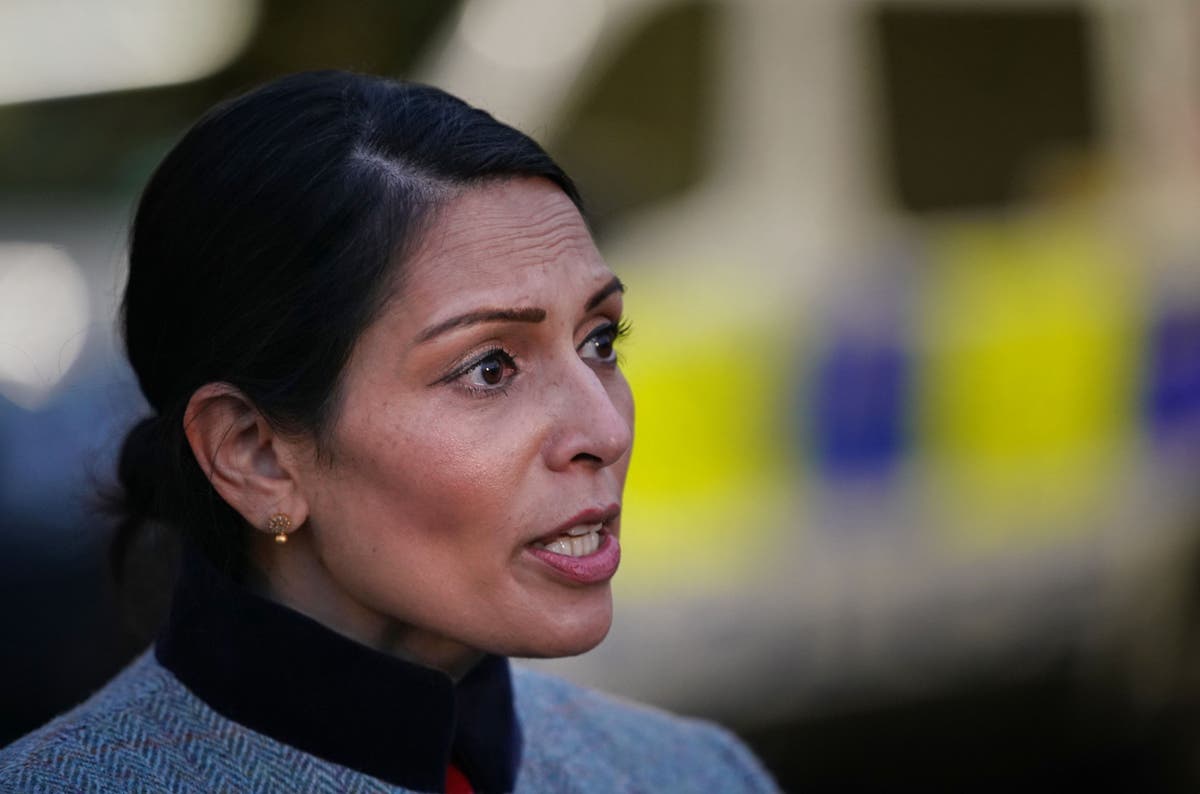 The plan, which was unveiled on Wednesday, also hopes to improve the systems and processes that underpin the response to domestic violence in society.

Around 2.3 million people in England and Wales have been victims of domestic violence in the past year, and around one in five homicides are linked to domestic violence, the government has said.

The new plan aims to implement the provisions set out in the Domestic Violence Act.

As part of the crackdown on perpetrators, Ms Patel is exploring options for a new register for domestic abusers, which could require them to report to police when they move house or open a bank account with a new partner.

Electronic tagging of people who pose a risk to women and girls is also being considered by Ms Patel, while the Home Office has said there are plans to invest £75m to directly tackle the behavior of perpetrators as part of an overall £81million package to tackle perpetrators over the next three years.

Meanwhile, the Ask for Ani password system – which allows those at risk or suffering from abuse to discreetly signal that they need help – will now be piloted in Jobcentre offices across the UK. United.

It was initially launched in January 2021 in pharmacies.

A total of 700 independent domestic violence and sexual abuse advocate roles will also be funded, with additional money paid for 300 roles – which will guide and support victims and survivors – later this year.

Ms Patel said: ‘Domestic violence is a devastating crime that ruins lives and tackling it is an important part of this government’s crime plan. For too long, the focus has been on what the victim could have done differently, rather than the behavior of the perpetrators themselves.

“Now that has to change. My plan against domestic violence aims to provide relief to victims and make it easier for them to access the help and support they need, while taking strong action against the perpetrators.

Charities welcomed the publication of the Plan against domestic violence, but called on the interior minister to go further.

A spokesperson for the NSPCC said: “The NSPCC has long pointed out that children experience domestic violence and can also be victims. In 2020, the government amended its landmark domestic violence law to recognize this.

“We welcome the release of the Domestic Violence Plan, but believe it needs to go further in addressing the complex needs of child victims.

“It is essential that part of the funds earmarked for community services and support for young victims be used to train specialized practitioners in working with children. Domestic violence can have a devastating impact on children and derail their lives, but with access to support services in the community, they can recover.

Refuge chief executive Ruth Davison said: “Refuge welcomes the release of the new domestic violence plan and is delighted to see the government considering how it can build on the Domestic Violence Act 2021 to improve the response to domestic violence across the country, including by increasing funding for specialist services.

“While the plan offers welcome progress and inspires optimism, some of the announcements appear to reflect existing policies and unfortunately offer nothing new.

“We hope the government will use this plan as a starting point for an ongoing conversation with the sector about how to ensure women and girls can access the protection they need and deserve.”