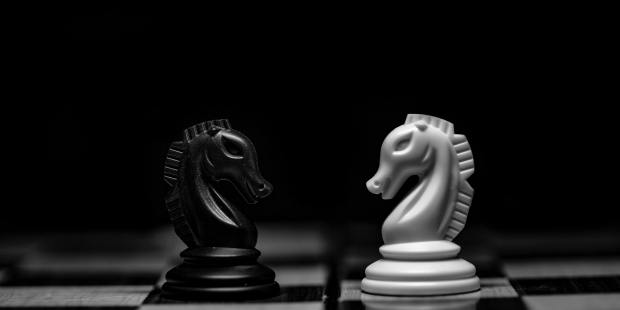 We are capable of turning just about anything, good or bad, into a competition of winning.

Our house has become an island of unsuitable toys. The basement is full of old forgotten games, each with a few missing pieces. Upstairs, abandoned dolls are stuffed under the girls’ beds. The garage is a graveyard of deflated sports balls and the detritus of half-finished projects.

Once in a while, a child will rediscover an old, forgotten toy and start playing with it. Suddenly every child in the house Needs to play with that specific toy, right away. Impromptu speeches for toddlers are composed and delivered to the owner of the toy about the value of sharing and how taking turns is a basic human right.

This phenomenon of the once forgotten but suddenly adored toy is easily attributed to jealousy. I think there’s a little more to it, though. It’s about winning. Whoever manages to control the desired object is the winner. Either the losers plot to become the winner, or the most sophisticated kids will try to redefine the game entirely.

My daughter, for example, will claim that she never wanted this doll anyway. The other doll is much better, anyway, and everyone knows it. The prize has been changed, and now the two children with a doll will claim to be the winner, although neither of them really believes it.

My friend David Zahl at mockingbird describes how we humans like to play status games;

“His neighborhood, his literary tastes, the number of dinner invitations, his college degrees, his political opinions, his body mass index, his golf handicap, his restlessness. There’s the brand of shoes you wear, where your kids go to school, who can take a private journey into space first – and, of course, who sees through status games fastest. .

Consider the streets of suburban neighborhoods in America where, every Saturday morning, men emerge from their homes armed to the teeth with lawn care equipment, ready to do battle with their landscaping. They painstakingly shape the grass into a manicured field of green by cutting the grass perfectly level, pushing back unruly blades from the driveway and carefully spraying fertilizer, then weedkiller. They check that the hedges are properly trimmed and that the automatic watering system is working. Then they all go inside, often not looking at the lawn again until the following Saturday, when it’s time to rework it.

Just like the size and scope of the Christmas lighting, the door decorations for the holidays, the sign in the front window proclaiming a moral conviction on a hot topic, or the type of car parked in the driveway – the cleanliness of the lawn has become a status symbol.

Of course, many people enjoy gardening and working in the lawn, or take genuine innocent pleasure in setting up kitschy Christmas lights and decorating for the holidays. What I mean is not that there is a specific category of activities that are bad. What I mean is that we are capable of turning just about anything, good or bad, into a status game.

We want to win. We cheat at board games, we brag about how many church volunteers we have, and how many sports teams our kids are on. I know I have felt it even in relation to other priests, how we serve, how full our Masses are, how many people ask us to speak at events, and who loves us. I want to “win” the game of who lay people love the most.

When considering a vice that turns even the smallest things into competition, it may be helpful to consider the life and example of Saint Louis, King of France. What could be more tempting than having all the power of a king and playing status games in a major way?

A king, from almost any point of view, is the winner. He has the most fame, money and power. The most toys, clothes and holidays. He can dominate his power over lesser nobles and commoners, rubbing his nose in his supreme status.

Saint-Louis did the opposite.

He was known to be a man of remarkable humility and tranquility. He attended mass frequently, reformed the French legal system to make it fairer, sponsored the establishment of hospitals, and was generally loved as a king who did not dominate his power over his subjects. He was a good father who taught his son to practice virtue and avoid sin. He showed his son the value of cultivating a spiritual life and how loving God is more important than anything else.

St. Louis avoided status games. If I had to guess how he was able to do it, the answer is quite simple.

Zahl points us in the right direction when he writes, “What makes status games so alluring? Well, simply put, everyone needs to feel like they’re worth something. We all ask the question: Do I matter? We ask it of our loved ones, and we ask it of society. We demand it from our bank accounts, and we demand it from our bosses. We must know that we are enough.

We all want to know that we are enough, that we have value. Status games are a way of trying to create value, but it never works because there’s always another game to play, another opponent. Even Alexander the Great would have cried when he saw that there were no more worlds to conquer. He was master of a huge empire but was sad because it wasn’t enough.

Saint Louis sought personal worth in a completely different way. He understood that no victory in this world would satisfy, no matter the game. As he advises his son: “Fix your whole heart on God, and love him with all your strength, for without this no one can be saved or worth anything.

In other words, our worth stems from the fact that God created us, loves us, and invites us to love him back. It is a divine gift, not tied to status, freely dispensed, without expectation. God has already helped us all to win the game.