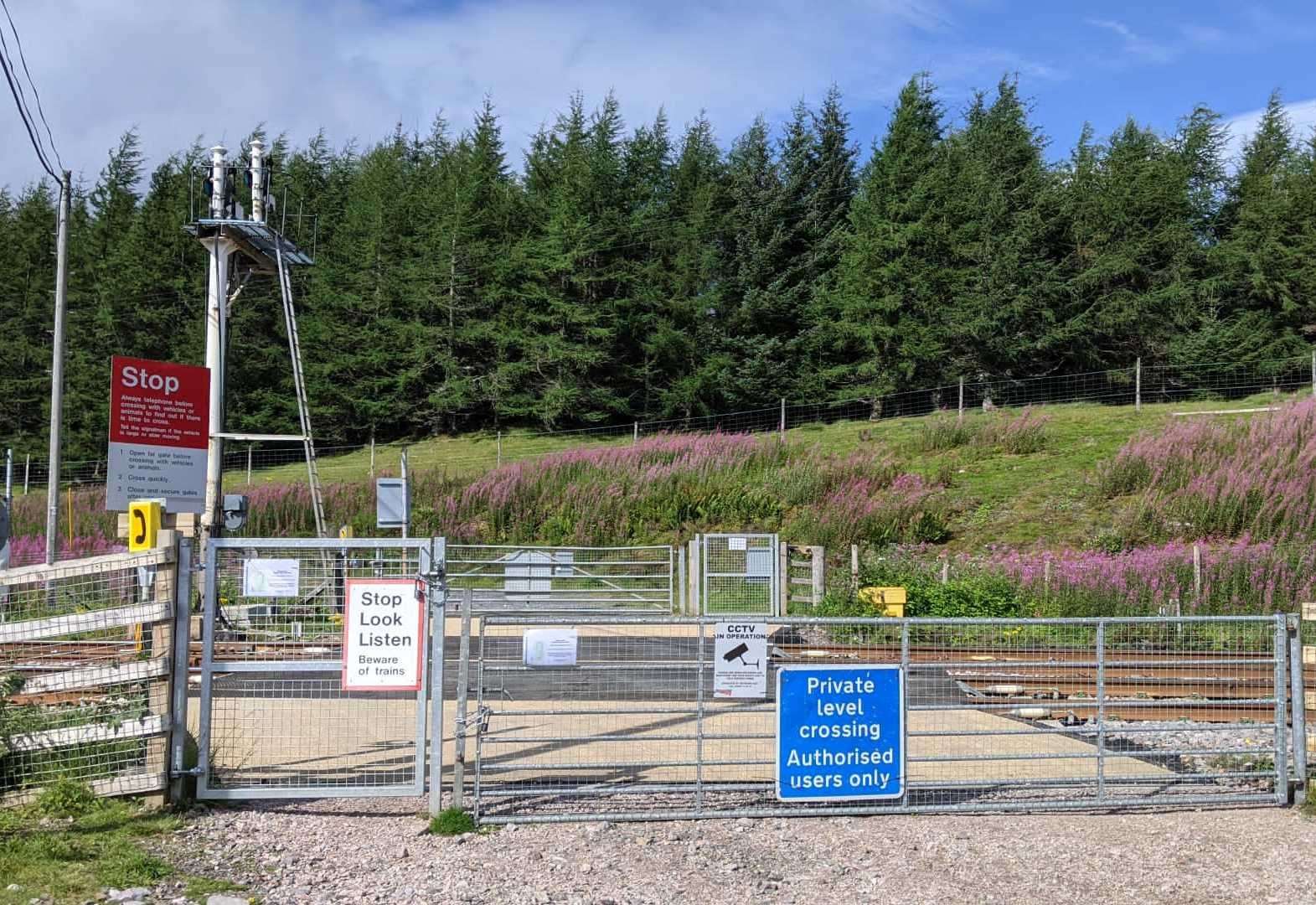 Network Rail is under widespread pressure to unlock the gates at Dalwhinnie Crossing, which provides access to a historic route to lochs, dales and hills, including Ben Alder.

Ramblers Scotland manager Brendan Paddy said: “We continue to urge Network Rail to reconsider their unacceptable decision to cut this historic route without any prior consultation.

“Unfortunately, closing the crossing has actually made the crossing less safe, as we know people are still stepping over locked gates.

“Network Rail signage indicates an underpass a mile away by road. But this route offers insufficient parking and creates an unattractive and time-consuming diversion for residents and visitors arriving on foot, by car or, ironically, by train.

The petition and resulting media attention has helped stakeholders secure meetings with Network Rail, but railway bosses have so far refused to back down.

Activists have made suggestions for solutions, such as installing “miniature stop lights” – traffic lights for pedestrians and the like. None of the suggestions were accepted.

Ms Forbes, MSP for Skye, Lochaber and Badenoch, said: ‘The Ben Alder crossing has been happily used by tens of thousands of people for years, if not decades, without incident.

“It is deeply regrettable that Network Rail has decided to padlock the doors without first consulting any of the local communities and businesses, and the fact that almost 10,000 people have signed a petition calling for this decision to be reversed shows the strength of feelings on this subject.

“None of the local stakeholder groups can understand this sudden and unexpected change, and I hope Network Rail will finally listen. The sooner this debacle can be resolved the better.

Activists say the closure has made it difficult to access local footpaths that have been built by the community west of the line.

Ramblers Scotland has warned that Network Rail’s heavy-handed actions undermine its commitment to working collaboratively and sensitively with lineside neighbours.

The closure is part of a more than decade-long trend on the part of the public railway body.

Mr Paddy said: “Unfortunately Network Rail seem to see closing level crossings as an admirable goal – even boasting on their website of closing over 1,250 across Britain since 2009.

“This approach risks turning many rural rail lines into impenetrable walls that cut off communities and walkers from the countryside they need access to more than ever to support their health and wellbeing.”

Network Rail claimed that unauthorized pedestrians using ‘private’ level crossings could in certain circumstances amount to trespassing, but in November British Transport Police confirmed that no one had been charged with trespassing for using a private level crossing in Scotland over the past five years.

The Network Rail website says there are around 6,000 level crossings in Britain. “Every day they are used by thousands of people to traverse one of the busiest rail networks in the world,” he says.

The rail company says it has a ‘legal obligation to assess, manage and control the risk for everyone’ and can ‘eliminate the risk by closing level crossings where an agreement can be concluded to do so”.

Do you want to react to this article ? If yes, click here to submit your thoughts and they may be published in print.