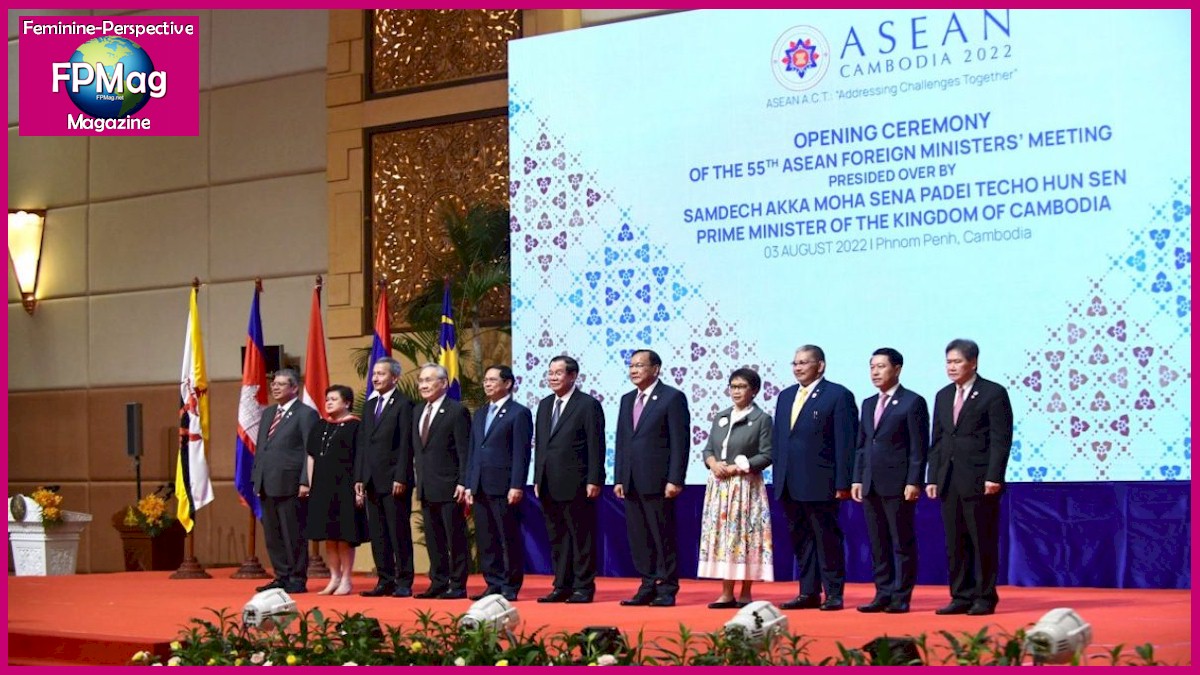 America went to the ASEAN Foreign Ministers’ Conference to hurl more insults at Xi Jinping while claiming impunity for US misconduct in shunning China’s sovereignty over the island of Taiwan by sending a delegation from the American Congress to Taipei despite protests from Beijing.

According to participants who heard Antony Bklinken’s monologues, “America maintains that it has the right to provide Taiwan with a plethora of modern offensive weapons with which Taiwan could attack mainland China or assist America in doing so. Alternatively, US foreign policy asserts that the China can attack Taiwan and assert its claim to the island and therefore America must ensure that Taiwan can defend itself and retain its status as a friend of America (which it otherwise would not whether Taiwan’s relationship has moved closer to mainland China?)”.

The 55th ASEAN Foreign Ministers Meeting (AMM) took place from August 3 to 5, 2022 in Phnom Penh, Kingdom of Cambodia. The meeting was chaired by Cambodia under the theme “ASEAN ACT: Facing Challenges Together”.

“We reaffirmed ASEAN commitment to meeting our common challenges and maintain the momentum of ASEAN community-building efforts with a strong sense of togetherness,” a ASEAN statement sets out. (A joint statement from the ASEAN Foreign ministers can be found here.)

“We also discussed the need to further strengthen the commitment and cooperation with “dialogue partners” and external partners, including through ASEAN mechanisms led by ASEAN Centrality, credibility and relevance in maintaining peace, stability and prosperity in our regional and global efforts in a context of uncertainty and rapid change in Southeast Asia and beyond.

As the conference ended, Nancy Pelosi defiantly said: and was heard on monitors around the conference, that “nobody can tell the US government where they are allowed to travel”.

“Nancy Pelosi and Antony Blinken sound like they in the name of America claim ownership of Taiwan,” joked Sara Qin who had attended several press conferences today in Cambodia.

“Unmistakable is the air of tension on military chest beatings and general bickering between America and China over the unwelcome visit of a US congressional delegation that traveled to Taipei for a pro-democracy conference in China, insulting the government of Xi Jinping,” Sara Qin said.

“China has canceled all talks between American and Chinese groups, and sanctioned several officials including Nancy Pelosi,” Ms. Qin said.

“Antony Blinken is really under the misconception that he is the world’s secretary of state, taking every opportunity to tell governments how their countries should be run. While chatting on Friday with the foreign ministers of ASEANof Southeast Asia, he delivered the cringest embarrassing monologue to ever come out of an American’s mouth,” reports Sara Qin, who traveled to Phnom Penh with Sonya Yoshiki and several other colleagues. civil society organizations of the RINJ Asia-Pacific Foundation. female chapters.

“Antony Blinken does not care about our three colleagues murdered in Myanmar, he only cares to arrogantly pretend to be a know-it-all demagogue in his own mind. In the toilets, the women were laughing and ridiculing his better than you speech,” Ms. Qin added. 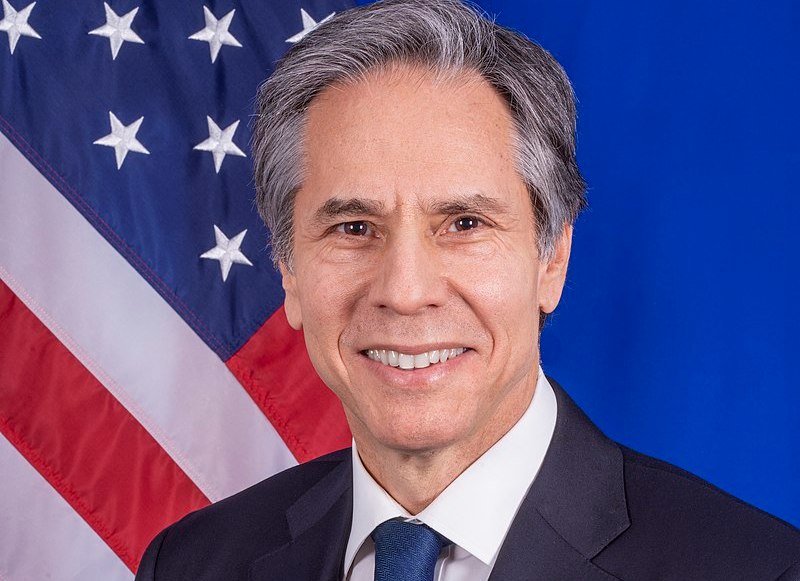 As U.S. Secretary of State to U.S. President Joe Biden, Antony Blinken began his tenure as U.S. Secretary of State with a brutal, bold, crude, and crude attack on China. Since then he has overseen America’s proxy war with Russia in Ukraine which, by some estimates, has killed more than 100,000 Russians in the Donbass. Between Russia and America and between China and America, Blinken cultivated the worst possible relations on the verge of the outbreak of World War III. But unlike General Min Aung Hlaing, Blinken was invited to the 55th ASEAN Meeting of Ministers of Foreign Affairs as guest observer. Photo credit: US State Department.

The women’s rights group RINJ takes a particular interest in the situation in Myanmar because three of its active members working as humanitarians in Myanmar were killed in Myanmar under the orders of General Min Aung Hlaing who had formed an 11-member junta called the State Administration Council (SAC), and ruled Myanmar thereafter in a brutal and bloody manner. He claims to be the Prime Minister of Myanmar. The three aid workers were hunted down and killed after the government demanded that the RINJ workers leave the country. The three people killed were among three dozen local workers.

“TheASEAN event to which China, Russia, the European Union and the United States were all invited guests(Myanmar was only invited if they could send a non-political, non-military person but a real diplomat, even if they are technically a member.), was able to focus on the Myanmar crisis and harsh condemnation Myanmar’s failure to live up to its commitments to address violence and the violation of human rights by Min Aung Hlaing’s military junta,” Ms. Qin noted. 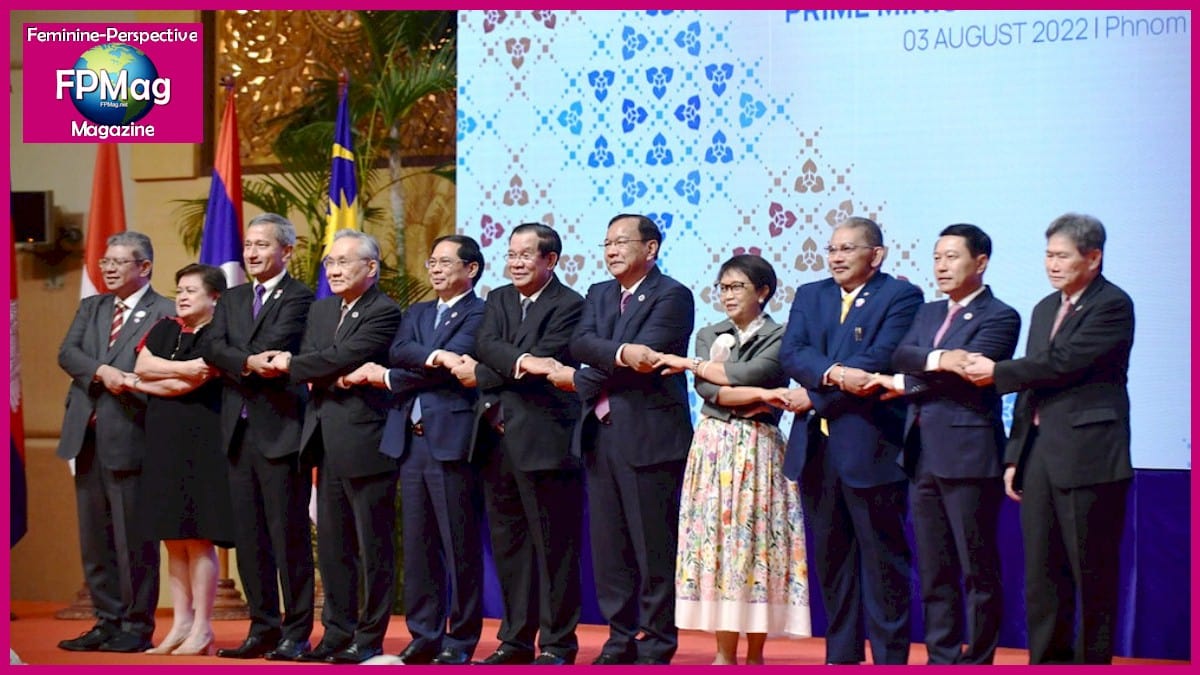 A joint statement from the ASEAN Foreign ministers can be found here. Photo credit: ASEAN

Background reading on the crisis in Myanmar

China and Russia held a parallel bilateral meeting to ASEAN officials from the Ministries of Foreign Affairs of the two countries.

China explained to Russia that “China’s response must be strong because there are 1.4 billion people who expect their government to no longer be bullied by America.

“It’s true,” Ms. Qin said. “In recent years, the Chinese have looked as a princess was kidnapped in 2018 by America and Canada and also made absurd statements against Chinese cell phones which are considered by Chinese people to be the best in the world and which they should know because they are technologists Chinese in every country who are behind making all the smartphones in the world,” she joked.

Status quo or not? It's the election question as London Mayor Ed Holder backs Josh Morgan for top job