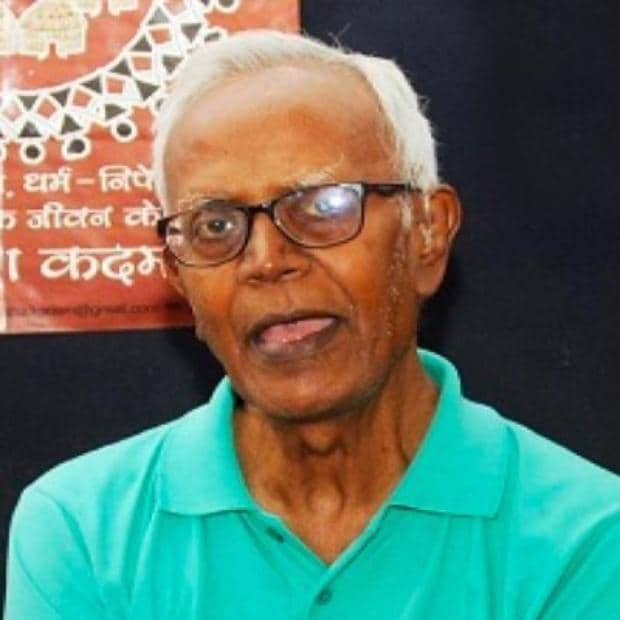 A resolution commemorating the life of Indian human rights defender Father Stan Swamy and calling for an independent investigation into the death of the Jesuit priest has been introduced in the US Congress, Congressman Juan Vargas has said.

Vargas, the US state representative from California, announced that he recently introduced the resolution to Congress to commemorate Swamy and encourage an independent investigation into his death.

The resolution, co-sponsored by Reps. Andre Carson and James McGovern, was introduced in the U.S. House of Representatives and coincides with the one-year anniversary of the death of 84-year-old Swamy in police custody.

Vargas, a Democratic Party Congressman, spoke at a webinar titled “Persecution of Religious Minorities and Their Advocates in India: Commemorating the Death of Father Stan in Custody” on Tuesday.

Panelists noted Swamy’s extensive service fighting for the rights of the Adivasi people, he added.

I am appalled at the abuse Father Stan suffered while in custody. No one who fights for human rights should face such violence and neglect, Vargas said.

Swamy died in a hospital in Mumbai, where he was admitted on May 29 last year, a day after suffering cardiac arrest and being put on life support.

He suffered from Parkinson’s disease and several other ailments. Swamy was arrested by the National Investigation Agency (NIA) of Ranchi, Jharkhand in October 2020 under the strict Unlawful Activities Prevention Act (UAPA) in connection with the Elgar Parishad case and imprisoned at Central Jail in Taloja in Navi Mumbai.

The Elgar Parishad case concerns alleged inflammatory speeches made by some activists during a conclave held in Pune on December 31, 2017.

India has dismissed international criticism over Swamy’s death last year, saying due process was followed in his case and authorities are acting against violations of the law and not restricting legitimate exercise of rights .

“Indian authorities are acting against violations of the law and not against the legitimate exercise of rights. All these actions are strictly in accordance with the law,” MEA spokesman Arindam Bagchi said last July. answering questions from the media regarding reactions to Swamy’s disappearance.

Given Father Swamy’s fragile health, the Bombay High Court had authorized his medical treatment at a private hospital where he had been receiving all possible medical care since May 28, Bagchi said.

“India’s democratic and constitutional regime is complemented by an independent judiciary, a series of national and state human rights commissions that monitor violations, free media and a vibrant and vocal civil society,” said Bagshi.

“India remains committed to promoting and protecting the human rights of all its citizens,” he added.

Earlier, the UN human rights body said it was “deeply saddened and disturbed” by the death of the activist in pre-trial detention.

What is a Project Management Degree?