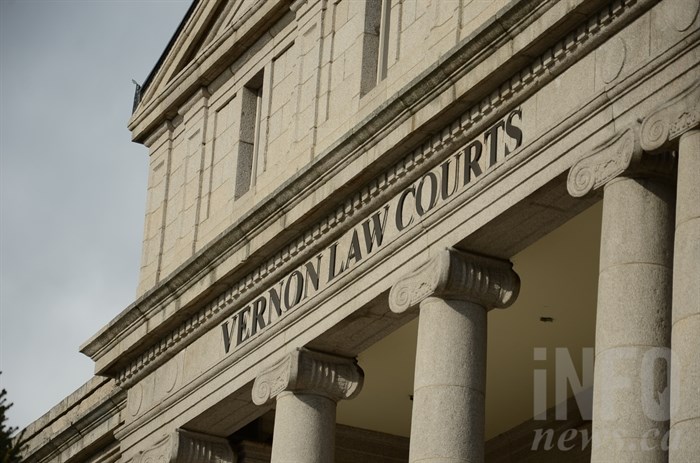 A Vernon woman who ran a drug-calling operation and was a ‘mid-level’ drug dealer appeared at the Vernon courthouse today, September 9, as her lawyer argued she is not shouldn’t go to jail.

Selina Mitchell, born in 1984, sat with family members in the courtroom as her defense attorney, Justin Dosanjh, said she was driven by her addictions and was now sober and that she had now made a “full 180” of her life.

“I wonder what benefit must be derived for society from removing Ms. Mitchel from a culturally appropriate treatment setting,” the attorney said. “Is it better for society that Ms. Mitchell is in custody for 26 months and loses the foundation she built or that she can be taken to Round Lake (treatment centre).”

“She’s not low traffic…she’s a manager, encouraging people to go out and sell more…fueling what’s a crisis and killing people on a regular basis,” he said. he says.

The court heard how Mitchell had been a mid-level manager in a dial-up drug trafficking ring working in Vernon and Lake Country.

Federal Crown Attorney Michelle Reinhart said Mitchell had been on the RCMP’s radar for some time as she was under investigation and suspected of being involved in drugs from the Lower Mainland. .

Police now believe she may be receiving large amounts of fentanyl, cocaine and methamphetamine from the Lower Mainland.

At some point in 2018, Vernon RCMP began tracking Mitchell and followed her as she received shipments of drugs and organized them to be sold by street dealers.

Police purchased drugs from low-level dealers and a tracking device, believed to have been affixed to her vehicle, showed she had been to the Lower Mainland.

After monitoring Mitchell for some time, Vernon RCMP arrested her in 2018.

She was charged with five counts of drug possession for the purpose of trafficking.

Evidence linked her to a hideout at the Brookstone Apartments in Lake Country where police found hundreds of packets of fentanyl, cocaine and methamphetamine. The drugs were valued at around $30,000. Police also found pepper spray and a knife in the apartment.

The Crown prosecutor read in court several texts from her to other drug traffickers working with her.

The Crown named Nolan Scott, Devon Shaw and Daniel Mason as being involved in the operation. Scott was convicted for his role.

The text messages showed Mitchell arranging shifts for street-level dealers and supplying them with drugs to sell. She assigned shifts and pressured dealers to work. She also organized vehicles and drivers and kept tally sheets to track sales.

The texts showed that dealers without a driver’s license were not allowed to drive, and anyone wishing to have a vehicle insured in their name received a premium of $250 to $300. The dealers also had goals to achieve on each shift.

The texts also revealed that drug bosses wanted Mitchell to reward those who worked hard and sold well for her. A text message said they wanted to invite everyone to dinner as a reward for doing well.

Judge Bennett said it was like any other manager dealing with his employees.

The Lower Mainland dealer was named Jerry, but it appears he was never arrested.

The Crown said six people died every day in British Columbia because of the illicit drug supply and asked for three and a half years in prison.

The defense said Mitchell was addicted to opioids at the time, but in the four years since her arrest she was now completely sober. She has since connected to her native culture and gone through drug rehabilitation. He pointed to his troubled childhood and his early exposure to drugs and alcohol at home.

Mitchell also has a limited criminal record, which is unusual in these cases, with a conviction for fraud and credit card theft.

The defense attorney read several reports from doctors, psychologists and other health workers who gave Mitchell rave reviews on his steps toward sobriety. Her lawyer argued that she should be sentenced to house arrest and that sending her to prison was not the solution.

The judge will decide Mitchell’s fate at a later date.


To contact a reporter for this story, email Ben Bulmer or call (250) 309-5230 or email the editor. You can also submit photos, videos or news tips at the newsroom and be entered to win a monthly raffle.


We appreciate your comments and opinions on our stories, but play well. We will not censor or delete comments unless they contain off-topic statements or links, unnecessary vulgarity, false facts, spam or obviously fake profiles. If you have any concerns about what you see in the comments, email the editor in the link above.

Report: climate tipping points at a new level of danger