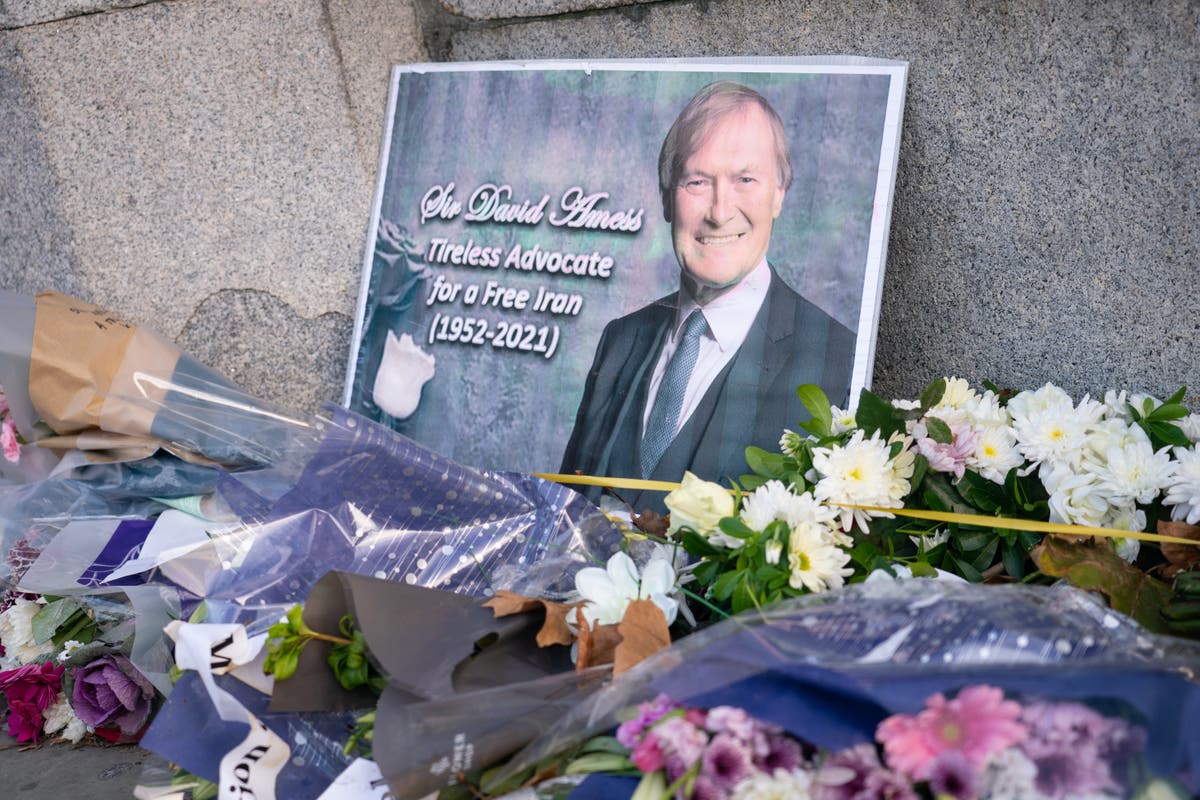 A veteran Tory MP was ‘murdered’ by a ‘committed, bigoted and radicalized Islamist terrorist’ who stabbed the politician after searching for a series of high profile alternative targets, a court has heard.

Father-of-five Sir David later suffered 21 stab wounds to the face, torso, left arm and right thigh, and suffered wounds to both hands consistent with defensive wounds after being attacked at the Belfairs Methodist Church in Leigh-on-Sea, Essex on October 15, 2021.

Ali, 26, is charged with “cold and calculated murder”, which he says was aimed at revenge for airstrikes in Syria.

Tom Little QC, opening the case at the Old Bailey on Monday afternoon, told jurors: ‘This is a case involving cold, calculated murder, murder in a place of worship.

“A murder perpetrated because of a distorted, twisted and violent ideology.

“It was a murder committed by this young man (Ali) who for many years had planned such an attack and who was, and is, a committed, fanatical and radicalized Islamist terrorist.

“It was nothing less than an assassination for terrorist purposes.

“It is a crime against which, we say, he has no defense.”

The prosecutor said: “He had been determined for several years to commit an act of domestic terrorism.

“To this end, from at least May 2019, he researched and planned potential attacks on Members of Parliament and Houses of Parliament.”

Ali traveled to Westminster seven times for a reconnaissance but found the police there were “armed to the teeth”, jurors were told.

Mr Little said: ‘To be frank, he’s not a tourist…looking at Big Ben and taking pictures. This is terrorist planning.

The court heard Ali lied when he emailed asking for a meeting with Sir David, claiming he was moving to the area.

Mr Little told jurors Ali seemed ‘relaxed and chatty’ as he walked towards Sir David just before he ‘brutally’ stabbed him shortly after midday.

During the meeting, the defendant’s mobile phone beeped, Ali said ‘sorry’, then pulled out a knife and repeatedly stabbed Sir David in a ‘vicious and frenzied attack’. said Mr. Little.

The defendant allegedly brandished a bloody carving knife with a 12-inch blade and said, “I killed him, I killed him.”

He added: “I want him dead. I want every minister in parliament who signed for the bombing of Syria, who agreed to the war in Iraq, to ​​die.

It’ll only go one way, please drop that knife

During a confrontation, Ali refused to let go of the knife, saying, “I want to be shot.”

Mr Little said two plainclothes officers, Pc Scott James and Pc Ryan Curtis, arrived at the scene armed only with a baton and stun spray, and ‘bravely decided’ to enter the building after having heard of Sir David’s injuries.

A section of body-worn camera footage showed the officers in a short, tense confrontation with armed Ali.

One of the officers could be heard shouting, “Drop that knife.”

Ali, seen in the aisle of the church, was then told: “It will only go one way, please drop that knife.”

The police then managed to pin Ali to the ground and arrest him.

He showed no emotion in the dock as the brief clip played.

The prosecutor said: ‘At the time of the murder and in an interview, the defendant made it very clear, very clearly, that Sir David’s murder was revenge.

“In other words, that he had done justice to himself while living in a democratic society. That is, we say, no defense.

The defendant, from Kentish Town in north London, denies murder and one count of preparing to commit terrorism.

The trial was adjourned until Tuesday.

Ways to manage water sustainably and make every drop count!